The use of messaging services such as WhatsApp could run afoul of White House policy and the Presidential Records Act. 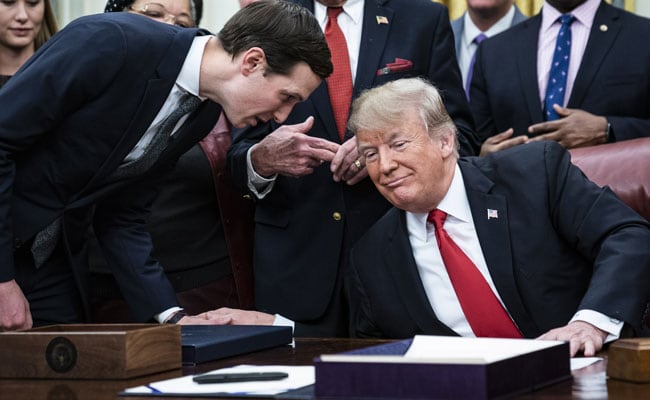 House Oversight Committee Chairman Elijah Cummings, D-Md., said Thursday that an attorney for Jared Kushner told him in December that the president's son-in-law uses the encrypted messaging application WhatsApp for official business, including with people overseas.

Cummings described the Dec. 19 discussion with Kushner lawyer Abbe Lowell in a letter to the White House counsel in which he requested information about the use of such messaging apps and other communications by White House personnel.

Lowell challenged aspects of Cummings's account, writing in his own letter that he did not say that Kushner used WhatsApp to communicate with foreign leaders. He also said he told Cummings and then-House Oversight Chairman Trey Gowdy, who was also in the December meeting, that he was not familiar with the details of Kushner's use of the messaging application and referred them to the White House counsel.

The use of messaging services such as WhatsApp could run afoul of White House policy and the Presidential Records Act, which prohibits White House officials from sending a record "using a nonofficial electronic message account" unless the messages are copied to an official account within 20 days.

According to a Feb. 22, 2017 directive from the White House Counsel's Office, all White House personnel are required to "conduct all work related communications on your official EOP email account" except under "emergency circumstances."

According to Cummings's letter, Lowell said during their December meeting that Kushner was in compliance with records preservations rules because he took screen shots of his communications and forwarded them to his official email or to National Security Council officials.

Questions about Kushner's use of WhatsApp comes in the wake of the revelation that Trump last year directed that his son-in-law receive a top-secret security clearance, despite objections by career intelligence officials.

In his letter Thursday, which was first reported by Politico, Cummings said Lowell also told him in their December meeting that Kushner's wife, presidential adviser Ivanka Trump, was continuing to receive emails related to White House business on her private email account and did not always to forward them to her White House account.

The Post reported in November that Ivanka Trump sent hundreds of emails in 2017 to White House aides, Cabinet officials and her assistants using a personal account, many of them in violation of federal records rules.

In his letter Thursday, Lowell said he was referring to Ivanka Trump's email practices before September 2017, when White House lawyers discovered the extent of her personal email use.

Cummings asked the White House on Thursday for information about any appointees who have used personal email accounts, text messages, phone-based message applications or encryption software to conduct official business.

The request is part of the Oversight Committee's broader effort to get information about White House operations and Kushner's security clearance process.

Cummings asked the White House to confirm by March 28 whether it plans to respond to its request. If the White House does not respond, he suggested that he would consider subpoenaing the records.