Trump Plans Gala At Mar-A-Lago On Saturday Night, Again Renting A Ballroom From Himself

The guest of honor, however, will not be there. With the government shut down and Congress in negotiations, Trump postponed his scheduled departure from Washington. But he will still make money. 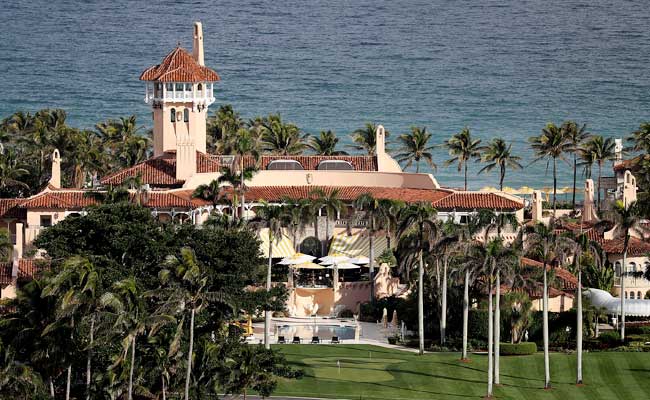 Trump will be able to collect thousands of dollars in fees for food, ballroom rental and other costs.

The guest of honor, however, will not be there. With the government shut down and Congress in negotiations, Trump postponed his scheduled departure from Washington. But he will still make money.

By holding the event at his own club, Trump will be able to collect tens of thousands of dollars in fees for food, ballroom rental and other costs. In effect, he will have transformed his supporters' political donations into revenue for his business.

Since Trump began running for president in summer 2015, he has repeatedly used his hotels and golf courses as venues for his campaign events - and paid himself for the privilege.

During the 2016 election cycle, Trump's campaign spent at least $791,000 to hold events at 12 Trump-branded venues: three hotels, seven golf courses, a condo building and Mar-a-Lago, federal campaign filings show.That was on top of millions more that Trump's campaign paid his businesses for other expenses such as hotel stays, meals and rent for office space at Trump Tower.

After Inauguration Day, it continued.

Trump got an unusually early start on fundraising events for his 2020 reelection campaign, holding a $35,000-per-plate fundraiser in June. The venue for that event: Trump International Hotel in Washington. The Republican National Committee footed the bill, paying about $167,000 to Trump's business.

How do those rules apply to an official, like Trump, who's renting lavish ballrooms from himself, at a for-profit club that is also his home and "Winter White House"?

"The prevailing view among election lawyers is that the law isn't violated so long as the campaign committee pays fair market value for the goods and services received from Mar-a-Lago," said Paul Ryan, a campaign finance expert at the government watchdoggroup Common Cause.

It remains unclear how much Mar-a-Lago will receive from the Republican National Committee for Saturday night's event. A GOP spokeswoman declined to provide any details of the event. A Trump campaign spokesman did not immediately respond to a request for comment.

In the past, when large charities have held galas at Mar-a-Lago, they have typically paid between $100,000 and $275,000 for catering and ballroom rentals, according to annual reports those charities filed with the IRS.

For Trump's club, this GOP event fills in a Saturday-night slot in what historically is its busy season.

On Saturday, in fact, one of Trump's traditional charity clients will be holding its relocated gala elsewhere while GOP donors gather at Mar-a-Lago: The Susan G. Komen breast cancer organization, which held events at Mar-a-Lago for seven straight years, will hold one this year on a cruise liner at the Port of Palm Beach.

The club had some cancellations after Trump said there were "very fine people" at a protest in Charlottesville that included violent white supremacists. Out of at least 25 fundraiser events that had been booked for this winter season, at least 19 were canceled or relocated away from Mar-a-Lago.

Promoted
Listen to the latest songs, only on JioSaavn.com
To fill its schedule, Mar-a-Lago this year has turned to political groups aligned with Trump himself. It has hosted Republican attorneys general, conservative activists and, on Thursday, a group of Trump superfans called the "Trumpettes USA."