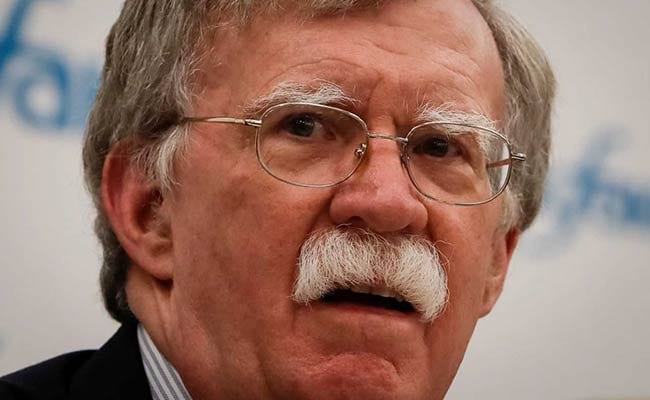 Washington had said John Bolton would meet Russian officials as a follow-up to the Helsinki summit.

The Kremlin said on Wednesday preparations were underway for a meeting in Geneva next week between Russian officials and White House national security adviser John Bolton, the first top-level meeting since the Russian and US presidents met in Helsinki.

"Such contacts are indeed planned and being prepared," Kremlin spokesman Dmitry Peskov told reporters on a conference call on Wednesday. Peskov did not elaborate further.

US President Donald Trump faced criticism at home after he met Vladimir Putin in the Finnish capital in July, and refused to blame the Russian leader for meddling in the 2016 U.S. election.

A new round of US sanctions targeting Russia was announced in the wake of that criticism, prompting the Russian rouble to fall sharply.

Last week, Rand Paul, a Republican senator and Trump ally, travelled to the Russian capital, saying his trip aimed to encourage diplomacy amid the tense relations between Moscow and Washington.

Washington had said on Tuesday Bolton would meet Russian officials as a follow-up to the Helsinki summit.

(Except for the headline, this story has not been edited by NDTV staff and is published from a syndicated feed.)
Comments
KremlinBoltonpresident donald trump