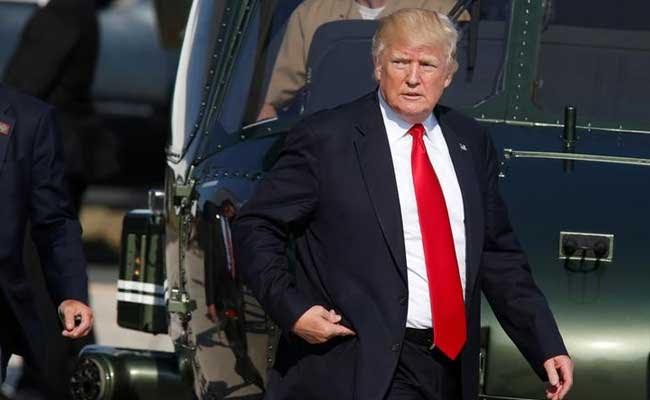 At least five votes are needed on the nine-justice court in order to grant a stay. (File)

WASHINGTON: President Donald Trump's administration on Thursday asked the U.S. Supreme Court to revive his ban on travelers from six Muslim-majority nations after it was blocked by lower courts that found it was discriminatory.

The move comes after the Richmond, Virginia-based 4th U.S. Circuit Court of Appeals on May 25 upheld a Maryland judge's ruling blocking the order.

The administration also filed a separate appeal in that case.

"We have asked the Supreme Court to hear this important case and are confident that President Trump's executive order is well within his lawful authority to keep the nation safe and protect our communities from terrorism," Justice Department spokeswoman Sarah Isgur Flores said in a statement.

At least five votes are needed on the nine-justice court in order to grant a stay. The court has a 5-4 conservative majority, with Justice Anthony Kennedy - a conservative who sometimes sides with the court's four liberals - the frequent swing vote. Another of the court's conservatives, Neil Gorsuch, was appointed by Trump this year.

If the government's request is granted, the ban would go into effect.

In its 10-3 ruling, the U.S. 4th Circuit Court of Appeals said challengers of the ban, including refugee groups and others represented by the American Civil Liberties Union, were likely to succeed on their claim that the order violated the U.S. Constitution's bar against favoring or disfavoring a particular religion.

The March ban was Trump's second effort to implement travel restrictions on people from several Muslim-majority countries through an executive order. The first, issued on Jan. 27, led to chaos and protests at airports and in major U.S. cities before it was blocked by courts.

The second order was intended to overcome the legal issues posed by the original ban, but it was blocked by judges before it could go into effect on March 16.
© Thomson Reuters 2017

(This story has not been edited by NDTV staff and is auto-generated from a syndicated feed.)
Comments
President Donald Trump's administrationMuslim-majority nationsTravel ban