Treatment Protects Mice From Zika During Pregnancy: US Study 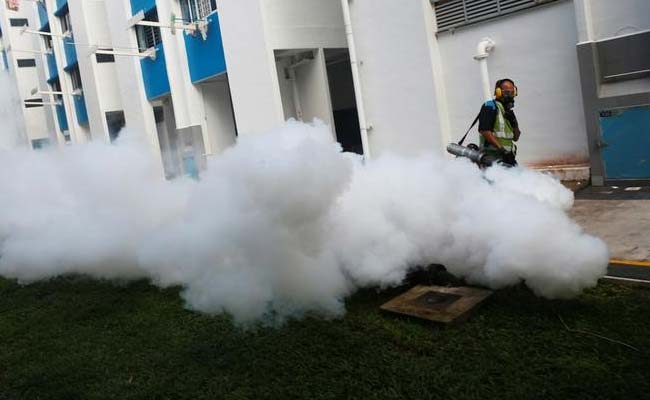 CHICAGO: A new study of the Zika virus in mice raises hope for a way to protect pregnant women and their babies from the possible repercussions of being infected, US researchers said on Monday.

The experimental treatment is derived from antibodies taken from the blood of people who have recovered from Zika infections. Tested on pregnant mice, the treatment reduced levels of the virus in the mothers, and also protected their pups from the ravages of the virus.

Zika, spread primarily through mosquitoes, has been known to cause birth defects in infants whose mothers have been infected during pregnancy.

"This is proof of principle that Zika virus during pregnancy is treatable, and we already have a human antibody that treats it, at least in mice," said Dr Michael Diamond of Washington University School of Medicine in St. Louis, co-author of the study published on Monday in the journal Nature.

In the study, the researchers screened 29 Zika-specific antibodies taken from the white blood cells of patients who recovered from Zika infections caused by strains in Asia, Africa and the Americas.

They found one, called ZIKV-117, that neutralized all of the strains. The team then tested the antibodies in pregnant mice one day before and a day after infection with Zika.

"The antibody reduces virus in the mother and also in the fetus, and it protects against placental and fetal damage," said Dr James Crowe of Vanderbilt University School of Medicine.

Crowe said he intends to keep pressing ahead, licensing the product to commercial partners.

He believes it can be ready for human trials in nine to 12 months, "if we go flat out."

Still, Dr. Anthony Fauci, director of the National Institute of Allergy and Infectious Diseases, which funded the research, cautioned that not everything that works in mice works in people.

However, he said: "The very fact that you did get a positive result in the mouse model is a pretty good impetus to take it to the next step, which could be a non-human primate, and see if the same things works in a non-human primate."

Vanderbilt is in the process of licensing the antibody to privately held Ridgeback Biotherapeutics, which has begun ramping up production of the antibodies in a facility designed to meet FDA manufacturing specifications.

As a treatment, antibodies for Zika could be given to pregnant women as infusions to offer temporary protection for the fetus. The protection would last about three weeks, before another infusion is needed.

Getting support for a treatment for use in pregnant women may prove difficult, however.

"With many things outstanding in our knowledge gap with Zika, therapeutics that would be used in pregnant women to benefit an infected fetus is high risk and there is a lot of development work to be done to ensure those drugs could be used safely," Rick Bright, who is leading Zika medical countermeasure development for Office of the Assistant Secretary for Preparedness and Response and BARDA, said in an emailed statement.

Promoted
Listen to the latest songs, only on JioSaavn.com
Bright said the agency might be interested in supporting the treatment in later-stage development, after it has been proven successful in early-stage studies.

"It's important to keep in mind that 80 per cent of people do not even know that they have been infected with Zika, so we are focused first on vaccines to prevent infection, diagnostics to determine if someone has been infected, and screening to prevent the spread of the virus through the blood supply," he said.
© Thomson Reuters 2016