A passenger train hit and killed three young elephants in eastern Sri Lanka weeks after two calves and their pregnant mother were fatally struck in the same region. 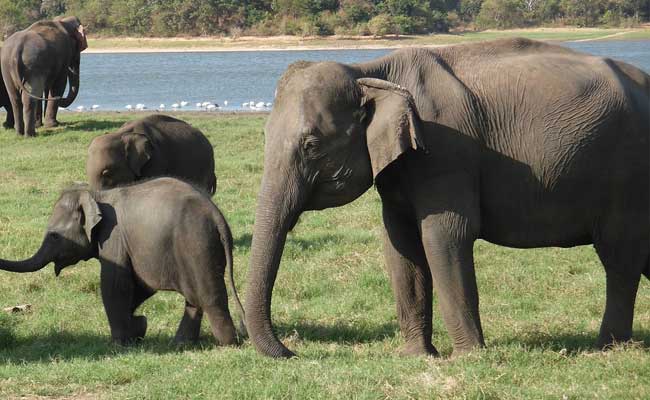 Sri Lanka considers elephants a national treasure and they are protected by law.(File)

The Colombo-bound train with 600 passengers hit the herd near the village of Welikanda, 260 kilometres (162 miles) east of the capital on Saturday night, railway officials said.

"Four compartments derailed, but fortunately there were no casualties among the passengers," a railway official said adding that the track was extensively damaged.

The incident came less than three weeks after a similar crash involving a fuel train in the same region.

The three elephants, part of a larger herd, were crossing the railway track at dawn in jungle near Habarana, 180 kilometres (110 miles) northeast of Colombo, when they were hit and killed late last month.

The latest accident came even as the authorities investigated the previous crash to determine if the train driver had followed standard procedures while operating in jungle areas with elephant populations.

Drivers are usually expected to move slowly and sound the horn continuously to warn any wild animals on the track.

Two months ago, seven elephants drowned in a swamp in the same area. Six of the seven victims were below the age of 12.

Sri Lanka considers elephants a national treasure and they are protected by law.

However, human-elephant conflicts near wildlife sanctuaries have led to the death of 375 people in the past five years, according to official figures. Enraged villagers have also retaliated by slaughtering nearly 1,200 of the beasts.

The government announced in August that it would begin constructing 2,651 kilometres (1,556 miles) of new electric fencing to keep elephants away from villages bordering wildlife reserves.

The Sri Lankan elephant population in the wild is estimated at 7,500.