Donald Trump imposed USD 60 billion of tariffs on Chinese imports to punish the country for its "unfair" seizure of American intellectual property. 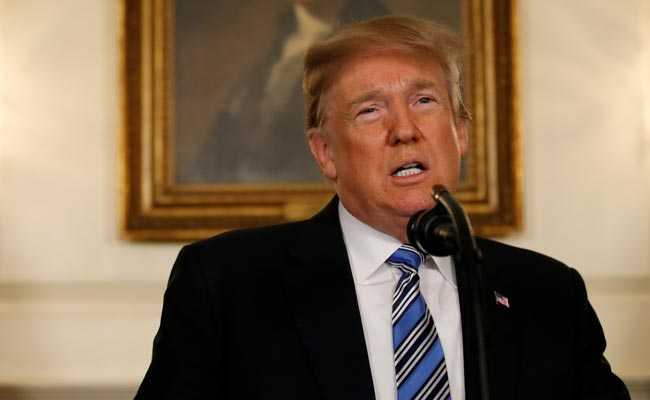 Washington: America's massive trade deficit with China is estimated to have resulted in about two million job losses in the US, the White House has said, defending President Donald Trump's decision to initiate strong actions against China's "unfair" trade practices.

President Trump imposed $60 billion of tariffs on Chinese imports to punish the country for its "unfair" seizure of American intellectual property, a move that could escalate the already tense trade relations between the world's two biggest economies.

President Trump directed the US trade representative to level tariffs on about $60 billion worth of Chinese imports after a seven-month investigation into the intellectual property theft, which has been a longstanding point of contention in US-China trade relations.

China also announced retaliatory measures against the US.

A senior administration official told reporters: "By some calculations, every billion dollar of trade deficit that arises from market-distorted policies, costs us about 6,000 jobs. A very conservative calculation, by some estimates, is that trade deficit results in about two million more jobs in China and two million less in US. This is a serious problem that the US side is keenly aware of".

China's "unfair" trade practices has resulted in a goods trade deficit of $370 billion, the official said.

The Trump administration said that it is for China to decide what course it wants to take.

"The point here is that China will have a choice as to how to respond, and they have benefited far more from this relationship than we have. We will certainly take that into account," the official said.

The typical American corporation that wants to go to China and sell its goods into the Chinese market is on the horns of a dilemma.

Responding to questions, the official said the concerns with Chinese economic practices are widespread throughout the United States and around the world.

"We have heard from many of our trading partners that they share many of these concerns," the official said.

Another administration official said China benefits far more from the US-China trade relationship than the US does.

Since 2001, when China joined the World Trade Organisation, its economy has grown from $1 trillion of GDP to $12 trillion; roughly an 800 per cent growth rate.

"During the same period of time, the American economy sputtered. It went from an annual growth rate of about 3.5 per cent between 1947 and 2000, down to around two per cent, which everybody wanted to say was the new normal for America. But the contrast between China's growth and its unfair trade practices, and what had happened to the US in terms of growth and wage growth, is quite startling," the official said.

Later State Department Spokesperson Heather Nauert said President Trump has been very clear from the first day on the campaign trail, longstanding concerns that he has and administration-wide people have, with China's "unfair" trade practices.

"It's natural for us to have to address things that we don't agree on. One of them is certainly trade. The President has fought very hard for advancing opportunities, economic opportunities for American businesses, but also the American people," she said.

"China has cheated, stolen and bullied American industry on trade for decades, causing massive economic wreckage to workers, employers and communities across America in the process. Our country must stand up against China's trade blackmail, so I am encouraged that the administration is focused on protecting the technologies that China publicly targeted," Mr Wyden said.

Senator Sherrod Brown welcomed the news that the Trump administration is taking steps to launch crackdown on China's violation of intellectual property laws.

Promoted
Listen to the latest songs, only on JioSaavn.com
Business Roundtable said unilaterally imposing tariffs or other restrictions without a long-term strategy to bring about reforms in China will only raise prices in America, make American companies and products less competitive, and harm US workers and consumers.

"The administration should instead pursue a comprehensive approach centred around several strategic priorities. This includes working closely with our international partners to identify unfair trade barriers and practices that China must remove, setting deadlines for such reforms and outlining actions that the US will take if those reforms are not undertaken," it said.