British university bosses have warned since the 2016 Brexit vote that their institutions would be damaged by a loss of EU research funding grants and fewer European students. 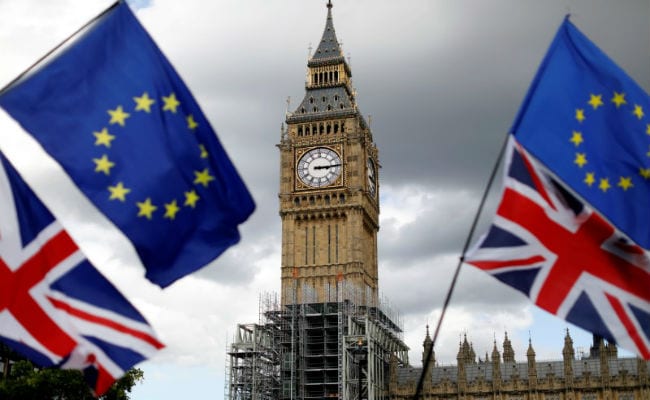 Britain's leading universities routinely compete with the likes of Harvard, MIT and Stanford.

The number of European Union students enrolling in Britain's leading universities fell by 3 percent in the 2018/2019 academic year, with the biggest drop hitting postgraduate research courses.

The Russell Group of 24 leading British universities, which includes Oxford, Cambridge, Imperial College London and the London School of Economics, said there was a 5 percent drop in the number of EU postgraduate taught students, and a 9 percent drop in postgraduate research students.

The numbers were released as a broader group of UK universities warned that the sector, contributing around 21 billion pounds ($27 billion) to the economy and supporting 944,000 jobs, would take decades to recover if Britain leaves the European Union without a deal in March this year.

In a letter to politicians and the government, university leaders said vital research links would be compromised from new cancer treatments to technologies combating climate change.

"The valuable exchange of students, staff and knowledge would be seriously damaged," they said. "It is no exaggeration to suggest that this would be an academic, cultural and scientific setback from which it would take decades to recover."

Britain's leading universities routinely compete with the likes of Harvard, MIT and Stanford to top the list of the best places in the world to study.

But British university bosses have warned since the 2016 Brexit vote that their institutions would be damaged by a loss of EU research funding grants and fewer European students.

The number of EU students enrolling at Russell Group universities rose by 1 percent in the 2017/2018 year and by mid-single digits in the four years before that date.