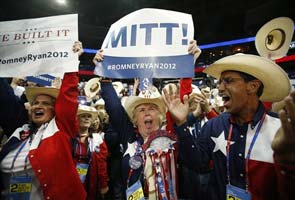 Washington: The first ballots of the 2012 White House race were cast in the tiny New Hampshire town of Dixville Notch on Tuesday, with Barack Obama and Mitt Romney each receiving five votes.

The first-in-the-nation vote, held shortly after midnight, was tied for the first time in its history, another indication of the knife's edge separating the two candidates in a race that should be decided by the end of the day.

The town boasts the first vote in US elections, but is seen as more of a curiosity than a national bellwether.