Tiffany Trump's message came just hours after protesters in Washington DC were tear-gassed by police outside the White House so that Donald Trump could pose for photographs at a nearby church damaged during civil unrest. 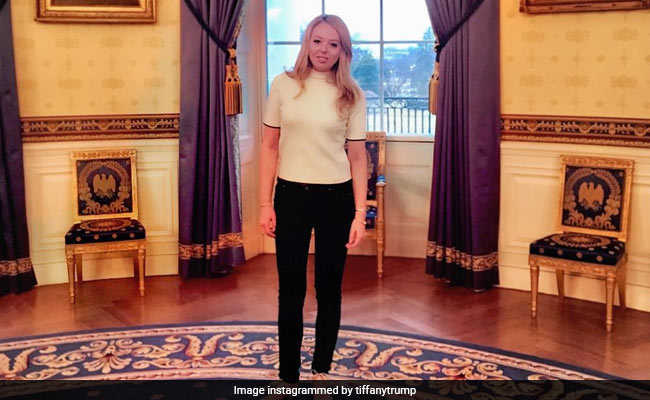 US President Donald Trump's youngest daughter Tiffany has extended her support to the massive protests in the United States against the killing of an African-American man in police custody.

The law graduate's message came just hours after protesters in Washington DC were tear-gassed by police outside the White House so that her father could pose for photographs at a nearby church damaged during civil unrest. Mr Trump was heavily criticised for this move.

Many urged Tiffany Trump to explain the protests to her father, who has vowed to order an army crackdown on sweeping civil unrest gripping the US.

The current trend, popular on social media, is that of #blackoutTuesday that is attempting to shine a light on police brutalities and systemic racism in the US. A black screen's photo is shared on social media to support the trend, and so did Ms Trump, 26, on Instagram and Twitter. She captioned it "Alone we can achieve so little; together we can achieve so much." - Helen Keller" with the hashtags #blackoutTuesday #justiceforgeorgefloyd.

Her mother, Marla Maples, and Donald Trump's second wife also posted the same black photo in solidarity with the protests.

Protests have erupted in the US after George Floyd, a black man, died as a white policeman knelt on his neck for over eight minutes. "I can't breathe," George Floyd kept saying even as the policeman kept asking him to "get up" before he passed out and had to be taken to a hospital. He died soon after.

Derek Chauvin, who was seen in the explosive video pressing his knee to the neck of a handcuffed George Floyd, was arrested and charged with third-degree murder last Friday.

Hundreds of shops have been damaged and a police station set on fire so far in the protests.

Protesters defied curfews across the US as leaders scrambled to stem anger over police racism while Donald Trump rejected criticism over his use of force to break up a peaceful rally.