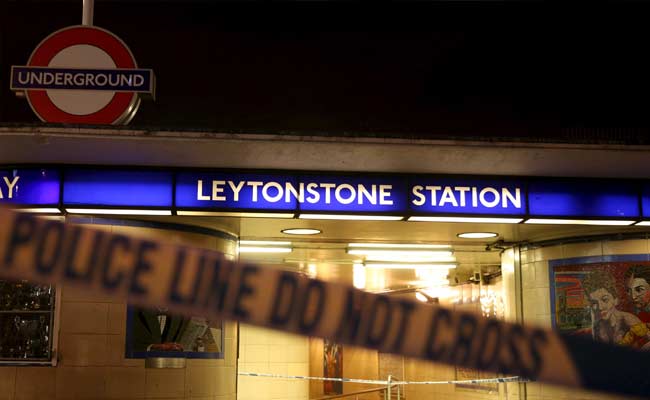 London: British police were investigating a stabbing at an east London subway station Saturday evening as a "terrorist incident" after the attacker reportedly claimed he had acted "for Syria."

The stabbing, which came just three days after the British Parliament approved airstrikes in Syria against Islamic State targets, left three people injured - one seriously. British media outlets reported that the seriously wounded victim had been stabbed in the throat. Two other people were treated for minor injuries. 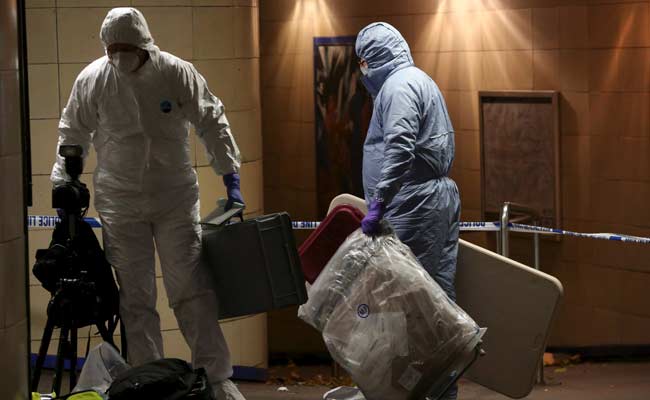 A video circulating onlinepurportedly shows the aftermath of the attack depicted a gruesome scene, with a large pool of blood smeared on the floor near the ticket turnstiles at the Leytonstone Underground station.

The video shows police officers using a stun gun on a man who shouted and lunged at them before being subdued and arrested. Passengers shout and run for cover as the confrontation unfolds.

Police confirmed that they had taken a suspect into custody, but did not identify him.

"We are treating this as a terrorist incident," Commander Richard Walton, leader of Scotland Yard's counterterrorism unit, said in a statement. "I would urge the public to remain calm, but alert and vigilant. The threat from terrorism remains at severe, which means that a terrorist attack is highly likely."

Sky News reported that the suspect had yelled "this is for Syria" after the attack. Police would neither confirm nor deny those reports.

The attack is likely to add to fears of a growing threat of terrorism by Islamist extremists in Western cities. It comes just over three weeks after gunmen and suicide bombers killed 130 people in Paris, and just days after a husband and wife shot 14 people dead in San Bernardino, California. The Islamic State claimed responsibility for the Paris attacks, and said the San Bernardino killers were "supporters."

The attack in the station took place about 7 p.m., police said. A Scotland Yard statement said officers were called to the scene by witnesses who reported that multiple people had been stabbed, and that the assailant was threatening others with a knife.

The video depicts a tense scene as officers surround the man, dressed in khaki pants and a gray shirt, and demand that he surrender. The man refuses, and is Tasered repeatedly, knocking him to the ground.

A man can be heard yelling at the assailant: "You ain't no Muslim, bruv."

Parliament approved airstrikes against the Islamic State on Wednesday, and British war planes struck their first targets early Thursday. The defense ministry said British jets had carried out a second round of strikes Saturday.

Prime Minister David Cameron said the strikes were necessary to defend the country from Islamic State "monsters" who, he said, had plotted at least seven attacks on British soil this year, all thwarted by law enforcement. British security officials have repeatedly said that they believe the country is vulnerable to attacks by citizens who have become radicalized by Islamic State propaganda.