On August 1, there were more than 2,200 unaccompanied children in US Customs and Border Protection custody, according to statistics provided by the government since March and compiled by Reuters. 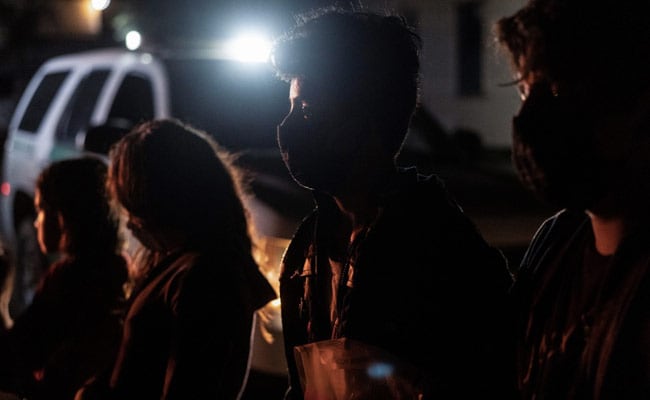 The number of migrant children in Border Patrol facilities has been steadily rising, an analysis of US government data shows, as record numbers crossed the US-Mexico border in July, renewing a politically sensitive issue for President Joe Biden.

On August 1, there were more than 2,200 unaccompanied children in US Customs and Border Protection (CBP) custody, more than double the number just a month earlier, according to daily statistics provided by the government since March and compiled by Reuters.

The recent rise is alarming migrant advocates, who say the facilities are not appropriate for young children, even though levels are still below those seen in mid-March when CBP held more than 5,700 unaccompanied kids at border stations.

Record numbers of unaccompanied children, more than 19,000, were likely encountered by border patrol agents in July, said David Shahoulian, a top US Department of Homeland Security official, in a court declaration filed on Monday.

At the same time, overall apprehensions, including of families and single adults, are on pace to be the highest ever recorded this fiscal year, he said. The numbers include individuals who may have crossed multiple times.

The situation is straining resources, Shahoulian said, with Border Patrol facilities filled way over capacity limits set during COVID across the Southwestern border and more than 10,000 people in custody in the Rio Grande Valley alone as of August 1.

Children traveling on their own are supposed to be transferred from CBP custody to US Department of Health and Human Services shelters, where they wait to be released to US sponsors, often parents or other family members.

There are now more than 14,400 kids in HHS shelters, the daily government data showed.

CBP said its ability to transfer unaccompanied children out of its facilities depends on HHS capacity. HHS said in a statement that the agency is "not currently experiencing any delays that prevent prompt identification of an appropriate placement within our shelter network."

Earlier this year, the Biden administration came under intense pressure from advocacy groups and fellow Democrats to transfer children more quickly from overcrowded CBP border facilities not designed to hold them. The government set up more emergency shelters and the number of kids in CBP border facilities quickly dropped.

But some large convention centers converted to house children have shut down since then and there are now only four emergency shelters left, along with an existing network of state-licensed facilities and foster homes.

Several whistleblowers raised complaints about one of the emergency sites still open at Fort Bliss in Texas, saying "organizational chaos" and bad management by private contractors resulted in conditions that endanger children. HHS' Office of Inspector General said on its website on Monday that it will investigate "case management challenges at Fort Bliss that may have impeded the safe and timely release of children to sponsors."

Over the course of two nights last week, hundreds of mostly Central American migrants, including families with young children and kids traveling unaccompanied, arrived on rafts after crossing the Rio Grande river near Roma, Texas, according to a Reuters witness.

They turned themselves over to border agents, who were handing out masks, forming long lines for processing. Most carried no belongings and some were from countries like Haiti, which is experiencing renewed political turmoil.

Under a Trump-era public health policy that Biden has kept in place, many face immediate expulsion. However, Biden exempted unaccompanied children from the policy. Families are still subject to the policy - on paper, but in practice most are allowed in to pursue immigration cases in US courts.

Images posted on Twitter over the weekend showed hundreds of people crowding under a bridge in Mission, Texas, where agents were holding migrants outside. With concerns rising about the rapid spread of the Delta variant of the coronavirus, the accumulation of migrants in custody is worrying local officials.

The Texas Border Coalition, which groups mayors, county judges and economic development commissions along the Texas-Mexico border, said in a letter to Homeland Security Secretary Alejandro Mayorkas that absent more immediate attention, "there is growing potential for the situation to spin out of control."