Though Effective, US' Vaccine Mandates Are Still A Point Of Contention

There are pockets of resistance to the US' vaccine mandates that require employees be protected against COVID-19, notably among police and firefighters, but the rules have worked in nudging more people towards getting the jab. 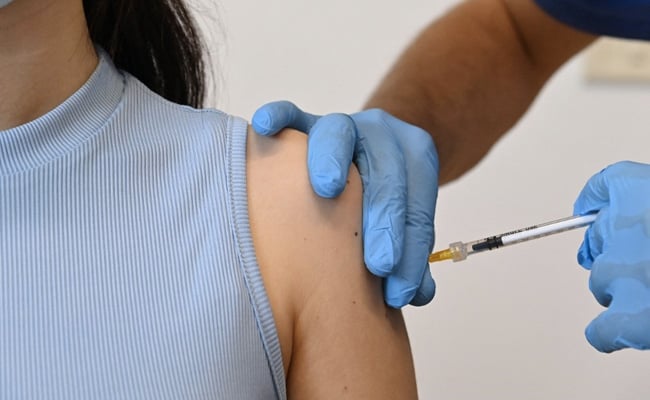 About 58 per cent of the total US population was fully vaccinated as of early November. (File)

When vaccine mandates were announced in the United States, there were dire warnings they would cause mass layoffs or walkouts. But they didn't. In fact, figures show they are working.

There are pockets of resistance to rules requiring employees be protected against COVID-19, notably among police and firefighters, but they have nudged more people towards getting the jab.

"Mandates, so far, seem to be the most effective thing we have to overcome the vaccine hesitancy," Bradley Pollock, professor of Public Health Sciences at the University of California at Davis, told the Sacramento Bee last month. "It's more than good; it's very good."

Around 58 per cent of the total US population was fully vaccinated as of early November, up from half in August as mandates began to be announced.

President Joe Biden on Thursday set a January 4 deadline for employees in large companies to be fully vaccinated -- a rule the administration says will affect more than two-thirds of the country's workforce.

"Vaccination is the single best pathway out of this pandemic," he said.

"Businesses have more power than ever before to accelerate our path out of this pandemic, save lives, and protect our economic recovery."

They included United Airlines, which told its 67,000 US-based staff to get the jab or face termination.

By Thursday, 2,000 had sought medical or religious exemptions and all but a handful of the rest had complied.

Tyson Foods, one of the biggest meatpacking companies in the world announced in early August that all of its 120,000 staff would need to be vaccinated.

Around 96 per cent of its staff have now fallen into line, the New York Times reported.

The US military, which has told all serving personnel they must be jabbed -- or face consequences -- reports take-up is above 95 per cent in all services.

On the whole, workers like the mandate and want to be vaccinated, with the AFL-CIO, the umbrella grouping for unions, calling it "a step in the right direction."

But there are notable pockets of resistance, usually couched in terms of an objection to the mandate, rather than to the vaccine per se -- even if the two attitudes often go hand-in-hand.

That vein of skepticism is particularly thick in police departments, despite the toll the virus has taken on them.

COVID-19 has claimed more than 260 police officers' lives this year -- five times the number shot dead, according to the Officer Down Memorial Page, which tracks deaths in the line of duty.

Los Angeles County Sheriff Alex Villanueva said this week that just 43 per cent of his officers had been jabbed, and called on his bosses to suspend a rule that could see unvaccinated staff fired.

"Sadly," he said, the executive order is "actually disrupting our ability to provide public safety services."

In Chicago, several thousand police officers face being placed on unpaid leave after refusing to disclose their vaccine status.

New York City's police officers make up around half of the city employees who have applied for religious or medical exemptions.

No major religion has barred followers from taking a vaccine scientists say is safe and effective.

While hesitancy is concentrated in the more conservative-leaning professions, there is skepticism across society.

Caleb Macy, who helps build the antennas for NASA's Deep Space Network arrays was this week among dozens of staff demonstrating at the Jet Propulsion Laboratory in California.

Like other federal employees, he faces the possibility of losing his job if he has neither a religious exemption nor full vaccination by December 8.

But he says that's something he is prepared for.

"I can assure you I will never get this vaccination. Because once you tell me that I have to... I draw the line at that point. It's no longer a choice when it's forced," he told AFP.

He acknowledged, however, that he would not get what he called an "experimental" vaccine under any circumstances.

Holdouts are getting succor from right-wing politicians, who have declared mandates everything from "overreach" to "dictatorship."

Despite reams of scientific evidence about their safety and efficacy, vaccines and other anti-pandemic measures like masks continue to rile Republicans, as the latest rallying cry in the US culture wars.

Jeremy Boreing, founder and chief executive of right-wing outlet The Daily Wire said his company would not be enforcing the mandate, and would be challenging it in court.

"We've already retained legal counsel and we're prepared to go to battle with this administration to put an end to their unconstitutional bullshit."