This Man Admits To Killing 41 People 'For Fun' 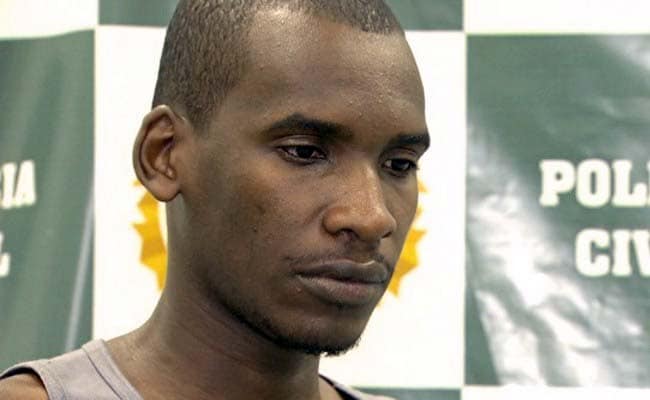 Rio De Janeiro: A Brazilian man accused of stabbing a woman to death in a Rio suburb has confessed to have murdered 41 people, almost all of them women, "for the fun of it," police said on Thursday.

"He wanted to kill women -- white women, not black ones. He followed the victims, studying them closely before committing the crimes," said police commissioner Pedro Henrique Medina from the northern suburb of Nova Iguacu.

The man was identified as Sailson Jose das Gracas, a 26-year-old whom police describe as a psychopath.

They said they were checking his statements against past investigations, and so far they tally with the evidence.
Gracas says he murdered 37 women, three men and a two-year-old child over a nine-year killing spree, explaining he killed the child because he feared it would cry and attract neighbors' attention.

"I observed them, I studied them. I waited for a month, sometimes a week, depending on the place. I tried to ascertain where they lived, what their families were like. I kept watch on their houses and then after a while went there at dawn, waited for my chance and entered," broadcaster Globo's G1 news portal quoted Gracas as saying.

He explained he started out as a petty thief.

"At 17, I killed the first woman and that gave me a buzz. I kept on doing it and I enjoyed it," he said, adding on one occasion a couple, Cleusa Balbina and her former husband Jose Messias, contracted him to kill someone for money. The pair are now under arrest.

Gracas said he used a gun in contract killings but strangled his other victims.

He planned his crimes meticulously, wearing a rain jacket in order to conceal his identity and gloves in order not to leave fingerprints, adding he became addicted to murder.

"When I wasn't killing someone I got uptight. I would pace up and down at home. Killing calmed me down," he was quoted saying.

"I'd kill someone and then would think about the victim for two or three months. After that, I'd go off hunting" for another victim, Gracas revealed.

Under Brazilian law, the maximum prison term is 30 years.