The Surprising Thing Ancient Mummies Tell Us About What To Eat 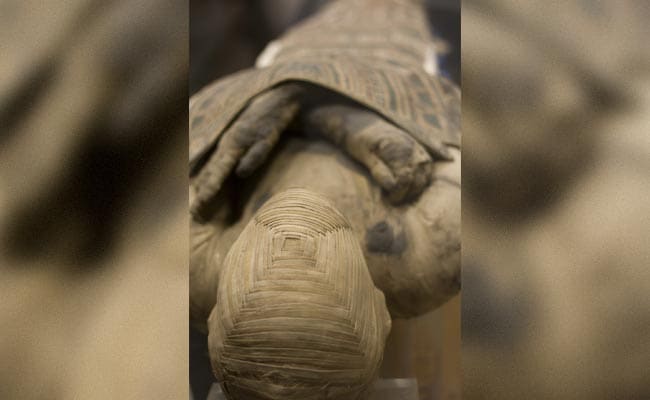 The mummies from Kagamil and elsewhere have excited the interest of scientists of conventional thinking about what we ought to eat. (Istock Image)

On a foggy day in August 1936, an anthropologist and his crew set sail for Kagamil Island, a small volcanic speck of hot springs and cliffs in the Bering Sea. A person identified as "Brown Bear" had told them of a cave full of mummies and other human remains. Shortly after landing, they found the opening in the rocks near a steam jet.

According to the notes of the anthropologist, Ales Hrdlicka, what lay within was "wonderful riches":

"Space within cave is limited, in most of it one can not stand up, in none of it can use shovels; must work with hands like badgers ... As the salt deposit is penetrated into, there appears mummy after mummy, in different states of preservation -- male, female and especially children ... a huge whale shoulder blade ... two entire kayaks ..."

Nearly 80 years later, the mummies from Kagamil and elsewhere have excited the interest of scientists who say what they have learned from the remains challenges a central tenet of conventional thinking about what we ought to eat.

Heart disease, the leading cause of death in the U.S., is often blamed on modern diets and a sedentary lifestyle. According to this thinking, if only people ate the "right" foods and exercised more, they could live longer. This view is encapsulated in the current version of the government's Dietary Guidelines for Americans, which are under review and being reissued soon.

They have long recommended dietary habits deemed good for your heart - lower intakes of saturated fat and salt, more emphasis on lean meat and seafood.

"Poor diet and physical inactivity are associated with major causes of morbidity and mortality in the United States," according to those guidelines.

But examinations of the bodies of the Unangans from Kagamil Island and other pre-modern people indicate that, in fact, the modern scourge of heart disease is not at all new, and that people who exercised more than we do as a matter of necessity, and whose diet was free from modern temptations, also suffered striking levels of heart disease, according to the researchers.

In recent years, X-ray based scans of mummies from around the world -- including the hunter gatherers of Kagamil as well as those from ancient Egypt, Peru and the American Southwest -- found signs of heart disease or atherosclerosis, the plaque lining the arteries near the heart.

Even the reconstructed man shown in photo, who lived 5,000 years ago, showed signs of atherosclerosis. His mummified remains were discovered in the Italian Alps in September 1991.

For years, scientists have argued over the extent to which modern diets ought to be blamed for the high rates of heart disease. As an American Heart Association publication summarizes: "There can be little doubt that the Western diet is closely tied to the development of atherosclerosis."

This belief is widely shared, but it has led to a fierce debate over how exactly people ought to reform their diet. Many leading health groups, including the American Heart Association, have concluded that a person's heart disease risk depends on "both the quantity and quality of fat in an individual's diet," and they urge people to reduce the amount of animal products -- especially beef, pork and lamb -- that they consume.

That approach has met strong criticism in recent years by critics who argue instead that a diet rich in proteins and lower in carbohydrates -- the so-called "caveman" approach -- makes it easier to maintain a stable weight and metabolism.

The new research may undercut both positions. By turning up evidence of heart disease in populations with widely varying diets, the mummy research suggests that maybe some other unrecognized cause is at work besides what we choose to eat.

"Although commonly assumed to be a modern disease, the presence of atherosclerosis in pre-modern human beings raises the possibility of a more basic predisposition to the disease," according to the researchers, who include specialists in cardiology, X-rays, anthropology and other fields.

As the research has found its way over the years into some of the world's most esteemed medical journals, including the Lancet, which in 2013 published an article about four groups of mummies, critics of the work have charged that the number of mummies that have been examined is relatively small -- only a couple hundred or so -- and insufficient to support broad conclusions. Moreover, the bodies have been dead a long time, and maybe some other chemical changes create the appearance of arterial plaque.

But the very basic reaction to the mummy research has been this: Given all the research linking heart disease and diet, the results were too unlikely to believe.

"In my opinion the ancient populations did intense physical activity and followed a diet rich in vegetable, free from saturated fats, and therefore [have a] low risk of developing atherosclerosis," Gino Fornaciari a paleopathologist at he University of Pisa, wrote in an email.

In the past, he said, only "elite individuals" such as kings would have suffered from atherosclerosis because they could have afforded foods that match those of the modern diet.

He said inaccuracies in reading the scans of tissues that were long dead, and dessicated, might have led to inaccuracies in conclusions. The scans, known as CT scans for computerized tomography, are based on computerized analysis of multiple X-ray images. The plaque that causes heart disease consists in part of calcium; those calcified remnants remain in the mummies and show up in the scans.

"On the basis of my long experience of paleo-pathologist of mummies," Fornaciari said, many false findings are possible.
But the mummy researchers, including cardiologists who look at such scans in living humans, note that the appearance of the atherosclerosis in the CT scans in the mummies is "virtually identical" to the appearance of atherosclerosis in their patients.

This similarity, they said, makes it unlikely that some change in the ancient bodies has created an illusion of atherosclerosis.
Indeed, other researchers find the evidence of ancient heart disease around the world compelling.

"These results confirm that atherosclerosis was present in ancient civilisations with wide cultural differences," Anthony Heagerty , a cardiologist at the University of Manchester, wrote in response to the Lancet article, citing other research along similar lines.