The 6-year-old girl who was pleading to Border Patrol officials had left just weeks before from her village, leaving behind her grandmother. 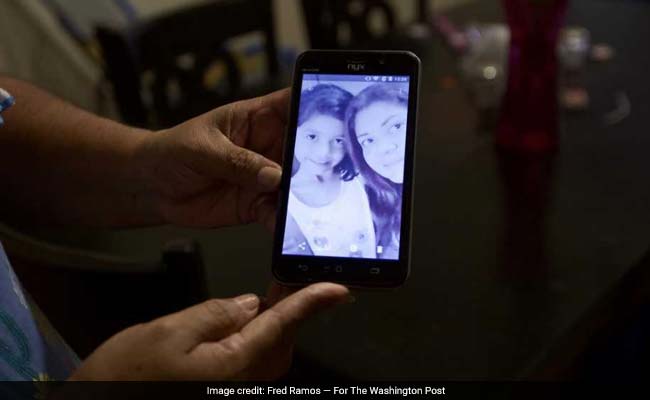 The 6-year-old girl who was pleading to Border Patrol officials for her mother, begging for her aunt - on the excruciating audio published by ProPublica that helped galvanize opposition to family separation - had set out just weeks before from this village in the rolling foothills of western El Salvador, leaving behind her grandmother and the family mutt, Cookie.

The girl, Allison Ximena Valencia Madrid, who goes by Ximena, was traveling toward Houston with her mother, Cindy Madrid, on a path well worn by this family. Cindy was the last of Henriquez's three daughters to migrate in the last dozen years, a decision that many here consider the only viable way to avoid poverty and gangs. Two sisters had made it; earlier this month, Cindy and Ximena got caught.

"We've never had any problem until this law that Mr. Trump made," said Henriquez, 58.

Since Monday, when the audio became public and Ximena was identified by ProPublica as one of the miserable children, Henriquez has been living a nightmare, unsure exactly where her daughter and granddaughter are being held and how they might be reunited. Sleep comes with difficulty. She relies on medication to numb a new twitching in her jaw. Two gang members stand as spotters on the end of her block, smoking cigarettes, crosses around their necks, but her fears are much farther north.

"Until you live this first-hand, you really can't know the pain," she said.

Trump's executive order may have ended such family separations this week, but the misery endures for the relatives of the parents and children who are still not reunited. Henriquez remembered how Ximena had cried when she was dropped off on the first day of kindergarten and said she she can't imagine the depth of the girl's terror now, after being taken from her mom.

If there is relief for Henriquez, it's that the town has rallied behind her, with residents sending text messages of support, and telling her not to lose faith. The Catholic church facing the town plaza will hold a Mass on Friday so residents can pray together that Cindy and Ximena find each other, and find a safe home. 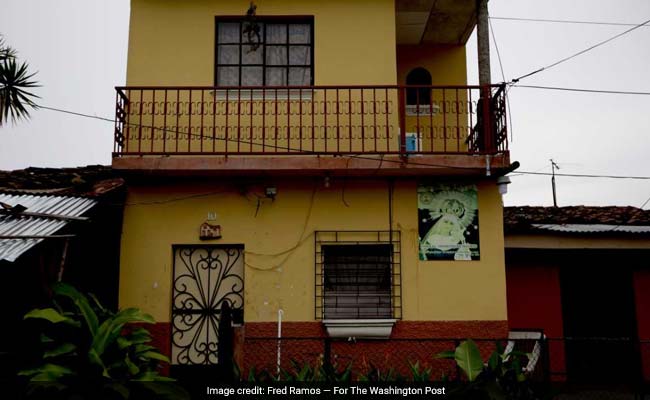 The Grandmother lives in a two-story rented house getting by, on what her daughters sent home.

Henriquez lives in a yellow two-story rented house here in the state of Sonsonate amid mementos of the two. Henriquez painted an entire dining room wall with a family tree, decorated with butterflies and different branches for her grandchildren. Ximena is wearing a white dress in her photo, a gift from one of her aunts in Houston.

That's how Henriquez gets by, on what her daughters can send home from America.

"They help me with what they can, but they have their own expenses so what they can send is minimal, enough to subsist," Henriquez said.

Her home faces a baseball field. When Cindy still lived here, she and Henriquez sold smoothies and soda to the fans, enough for pocket money. On two occasions, Henriquez said, Cindy had been robbed by gang members who boarded her bus and shook down the passengers. With Ximena starting school, her mother wanted more for her. 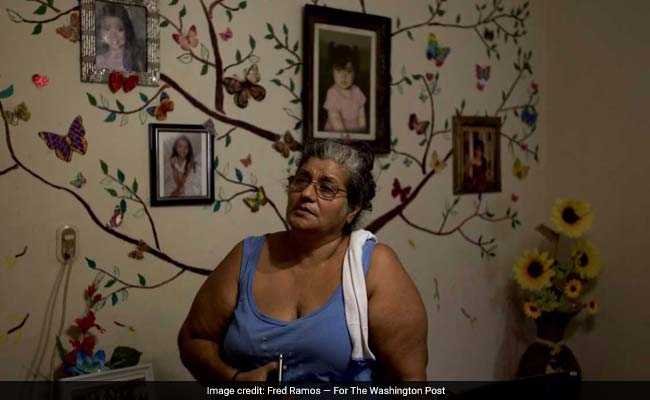 Ana Gloria Henriquez in her house in Armenia, El Salvador, with family pictures in the background.

"Living in this danger, she decided to leave, just to help her daughter," Henriquez said.

Ximena used to sleep in a second-floor bedroom she shared with her mother, under a row of plastic Disney princesses, on a pillowcase from the movie Frozen - more gifts from the United States. She loves animals, enjoys the beach, and was a happy, energetic girl, her relatives say.

Now Henriquez imagines her granddaughter in a shelter, not knowing where her mother might be.

Promoted
Listen to the latest songs, only on JioSaavn.com
"I want them to have an opportunity to be together," she said. "And if they're going to charge them, I want them to be held together."