The Sorry State Of Earth's Species, In Numbers

Two species of vertebrates, animals with a backbone, have gone extinct every year, on average, for the past century in Asia-Pacific. 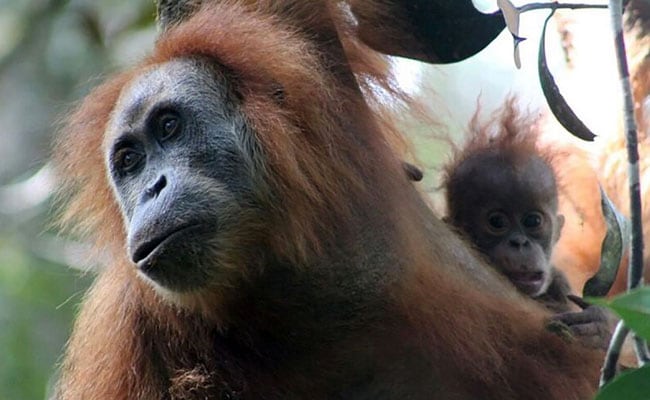 42 percent of known terrestrial animal and plant species have declined in population size.

Here's what we know:

- Soil erosion has affected 25 percent of agricultural land in the European Union, and 23 percent in Central Asia.

- Availability of clean drinking water has decreased by 15 percent per person since 1990.

- More than a quarter of marine fish species have declining populations.

- 42 percent of known terrestrial animal and plant species have declined in population size over the last decade.

- With 13 percent of the world's population, the region accounts for about a quarter of the total impact on global biodiversity.

- Just under a quarter of species assessed are at risk of extinction.

- Species populations -- already 31 percent smaller than when the first European settlers arrived -- will have shrunk by about 40 percent by 2050.

- Climate change could result in the loss of more than half of Africa's birds and mammals by 2100.

- More than 60 percent of the continent's rural population depends on Nature for their survival. About a quarter of sub-Saharan Africa's 930 million inhabitants suffer for a lack of food.

- Unless something is done, fish stocks will run out by 2048.

- Up to 90 percent of corals will be severely degraded by 2050 as a result of climate change.

- Two species of vertebrates, animals with a backbone, have gone extinct every year, on average, for the past century.

- Scientists say Earth is undergoing a "mass extinction event," the first since the dinosaurs disappeared about 65 million years ago, and only the sixth in the last half-billion years.

- About 41 percent of amphibian species and more than a quarter of mammals are threatened with extinction.

- There are an estimated 8.7 million plant and animal species on our planet. This means about 86 percent of land species and 91 percent of sea species remain undiscovered.