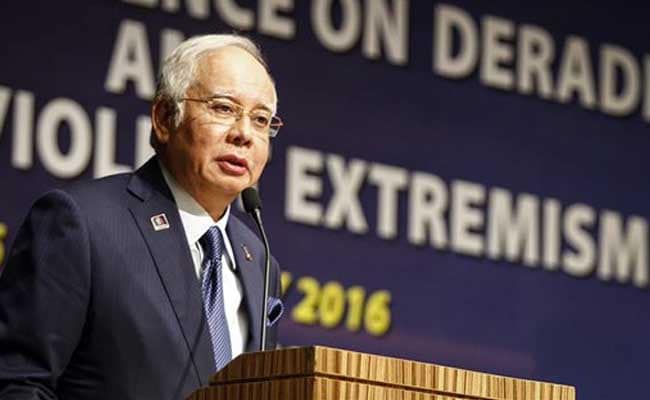 Shortly before Malaysia's 2013 election, $681 million was quietly transferred into private bank accounts belonging to Prime Minister Najib Razak. These enormous transfers would later become the subject of scrutiny from Malaysian investigators as they looked at Najib's role in a controversial and debt-heavy government investment fund.

After news of the huge sums broke last year, there were widespread calls for the Malaysian prime minister to step down. This Tuesday, however, an anti-corruption probe finally cleared Najib of wrongdoing. Instead, Malaysia's attorney general revealed that his investigation had found that the money was simply a personal donation from the Saudi royal family and not evidence of corruption.

In a statement published on Facebook, Najib said he welcomed the statement, adding that "no crime was committed" and that the "issue has been an unnecessary distraction for the country."

But the explanation for the money has opened another can of worms: What exactly was almost $700 million worth of Saudi royal money doing in the Malaysian prime minister's private bank accounts?

Najib's statement suggests that the money was "political funding," and Apandi Ali, Malaysia's attorney general, has said that about $620 million of the money was returned to the Saudi royal family in August 2013 because it wasn't used. Apandi suggested that there was no evidence that Najib was even aware of the transfer, and that it was given by the Saudi royal family "without any consideration."

The source of the money had previously been unclear and the focus of speculation for months. In July 2015, the Wall Street Journal reported that investigators believed the money had come from a company registered in the British Virgin Islands via a Swiss bank. Najib had later said that the money came from an unspecified source in the Middle East and was not related to 1MDB, the financially troubled state investment fund he had helped set up.

While Saudi officials have not spoken publicly about the alleged donation, the well-connected BBC correspondent Frank Gardner reports that a Saudi source has told him that the royals did indeed make the donation to Najib - and that the late Saudi King Abdullah was personally involved. The donation was apparently made because of fears that the Pan-Malaysian Islamic Party (PAS), a party inspired by the Muslim Brotherhood, may form part of a new coalition government if Najib's ruling Barisan Nasional coalition lost.

The Saudi link probably won't be reassuring to many in Malaysia - something Najib seemed to acknowledge with a passage in his statement that talks about reforming political funding in the country. The precise details of the arrangement remain unclear, as does the whereabouts of a $61 million that was not returned. Critics say Najib has already responded to growing political pressure by ousting critics from government and even replacing the previous attorney general who launched the investigation against him.

Political rivals have reacted strongly to the dismissal of charges against Najib. "This can only happen in fairy tales," one opposition leader, Rafizi Ramli, told the website Malaysiakini. On his Twitter page, jailed opposition leader Anwar Ibrahim said that voters would judge Najib and the attorney general at the next election.

A Strong India Would Act As ''Counterbalance'' To China: White House