The Most Striking Revelations From HBO's Michael Jackson Documentary

Robson and Safechuck say they began drifting away from Jackson as the singer became close to other boys, including actor Macaulay Culkin - who has denied under oath that Jackson ever sexually abused him - and the 13-year-old at the center of the 1993 sexual abuse allegations against the singer. 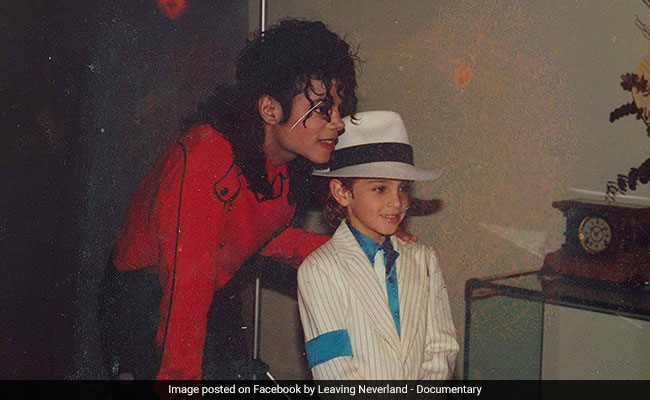 The controversial HBO documentary has caused some to reassess the singer's legacy.

The second half of "Leaving Neverland," HBO's documentary about Michael Jackson, grapples with the aftermath of the singer's alleged abuse of two young boys - and why Wade Robson and James Safechuck say they kept the abuse a secret into adulthood.

These are the five most striking takeaways from Part 2 of Dan Reed's four-hour film, which has been slammed by the singer's estate. In a statement earlier this year, his family called the documentary a "public lynching."

Robson and Safechuck say they began drifting away from Jackson as the singer became close to other boys, including actor Macaulay Culkin - who has denied under oath that Jackson ever sexually abused him - and the 13-year-old at the center of the 1993 sexual abuse allegations against the singer.

Robson and Safechuck say it was in 1993, around the time Jackson was accused of child sexual abuse, that they began hearing regularly from the singer again. In response to the accusations, both boys gave sworn witness statements supporting Jackson, which they say they provided under pressure from the singer and his legal team.

Robson, his mother, Joy, and his sister, Chantal, spoke publicly in support of the singer, who had told them that his accuser's parents were after money. Robson vehemently denied that Jackson had ever touched him inappropriately. "I was excited by the idea of being able to defend him and being able to save him," Robson says in the film. Joy Robson said she believed Jackson's extortion claim even more when the singer reached a settlement with his accuser's parents in 1994.

- The singer allegedly had a financial hold on both the Robson and Safechuck families.

In Part 1 of "Leaving Neverland," Robson and his mother, Joy, talk about moving to Los Angeles from their native Australia to be closer to Jackson. They say the singer persuaded them to make the move so he could train Robson, who went on to have a successful career as a choreographer.

According to Safechuck, Jackson had a similar hold on his family. Jackson paid for him to attend filmmaking classes and funded several short films he made as a teen. Safechuck says Jackson discouraged him from attending college and even persuaded his parents to take him out of advanced classes so that he could focus on filmmaking. "He is very much making you depend on him," Safechuck says of the singer's power over his family.

Jackson also gave money to Safechuck's parents. Stephanie Safechuck says Jackson gave her and her husband a low-interest loan so that they could buy a new house, but the singer forgave the debt completely after their son testified in the 1993 case.

- Their relationship with Jackson grew more complicated in their teens and early adulthood.

Robson says Jackson continued to abuse him after the 1993 case, and Part 2 of "Leaving Neverland" includes one of the film's most disturbing allegations of sexual abuse. Robson says Jackson tried to penetrate him in what he remembers as their "last sexual experience" when he was 14. He says the singer panicked after the encounter and urged him to dispose of his underwear, which had blood on it.

Robson and Safechuck describe being largely distant from Jackson as the singer got married - first to Lisa Marie Presley in 1994, and in 1996 to Debbie Rowe, his longtime friend and the mother of his two oldest children.

Stephanie Safechuck said the singer called to tell her he was getting married and that it felt like "a child leaving the home." "It was an emptiness. I loved him," she says.

By 2005, when Jackson was put on trial for child molestation charges, Safechuck had told Jackson he did not want to testify, which he says made the singer angry. His parents were also confused as to why he would not support Jackson. "I was kind of breaking, like having a nervous breakdown," Safechuck says. He told his mother that Jackson was "not a good person" and that he didn't want to be involved with the case, effectively revealing the abuse. Stephanie Safechuck said her son begged her not to tell anyone else - and that she resolved to protect him by keeping his secret.

Robson did testify on Jackson's behalf. He had kept in somewhat closer contact with Jackson - even as his choreography career took off, and he began working with famous artists, including NSync and Britney Spears. Robson says he would have dreams of Jackson dying in jail and felt he had to protect him. "I still loved him deeply," he says. His sister, Chantal, also testified on Jackson's behalf.

Robson and Safechuck were both married at this point but kept their alleged abuse a secret from their wives.

- They both were deeply affected by Jackson's death in 2009.

Both men describe Jackson's 2009 death from an overdose as a pivotal point. Safechuck says the last conversation he had with Jackson was shortly after the 2005 trial when Jackson called to apologize for not being there for him. Safechuck says he struggled with a deep depression while hiding what had happened to him from his wife, Laura Primack, and everyone aside from his mother. "Secrets will eat you up. It sucks life out of you. It just deteriorates you from the inside, like part of you is dead," Safechuck says.

But when he learned of Jackson's death, Safechuck says, "my first reaction was being really sad. It was like we would never be friends again. I'd never know him again."

Robson had seen Jackson more recently - when he was working in Las Vegas, where Jackson had a home. He describes a bizarre evening when he and his wife, Amanda, had dinner with Jackson and his children. Jackson had asked them to bring wine - and chugged it by the cupful throughout the evening. At some point, the singer said he was going upstairs for a bit but never came back down. It was the last time Robson saw him.

Robson recalls being asked to release a statement following Jackson's death. In it, he credited Jackson as "the reason I dance."

"I will miss him immeasurably, but I know that he is now at peace and enchanting the heavens with a melody and a moonwalk," Robson said in the statement. His family remembers him sobbing at the singer's funeral.

Both men describe having breakdowns around the time that their first children were born. Robson grew incredibly depressed and began going to therapy, where he eventually revealed that he had been abused as a child. The same day he told his therapist about the abuse, Robson says his sister-in-law told him she had a dream that he told her he had been abused by Jackson. Robson laughed it off at first but ended up telling his family that Jackson had abused him for years.

Robson had long denied that Jackson had ever behaved inappropriately with him. "The story that I had been telling all these years, the lies that I had been telling - that none of this sexual stuff ever happened - that story ... was the whole foundation of my life and my sister's and my brother's life," Robson says. "My whole life with Michael is the reason my family split apart."

"Leaving Neverland" also reveals that Robson's father, Dennis, who stayed in Australia when his family moved to Los Angeles, had been largely estranged from his son. Dennis, who had been diagnosed with bipolar disorder, killed himself in 2002.

Robson eventually told his mother about the abuse at a therapy session. "It was like being hit by a truck," Joy Robson says. "I really didn't know."

- Robson and Safechuck have had difficult relationships with their families.

"The abuse was a bomb that dropped in our lives and exploded," Amanda Robson says. The couple had a particularly difficult relationship with Joy, who says her daughter-in-law wouldn't let her in their house for five months after Wade Robson revealed he had been abused. At one point, Joy says, Robson told her he felt "no emotion" for her.

"I want to be able to speak the truth as loud as I had to speak the lie for so long," Robson says toward the end of "Leaving Neverland." He publicly accused Jackson of sexual abuse in 2013, but a lawsuit he filed that year against the late singer's estate was thrown out by a judge who said he waited too long to make his legal claim.

But Robson's admission prompted Safechuck to finally tell his wife that he had been sexually abused. "He didn't go into much detail then," Primack says. "It was just more of this, like, 'Oh, wow, our life just got heavy.' "

Safechuck's mother, Stephanie, says: "I didn't protect my son. That will always, always haunt me."

Her son says he believes his parents thought they were doing "the right thing." A iconic star expressed interest in their son - and said he would help him and "be there for him."

"It's all a big seduction," Safechuck says just before the credits roll. "So do I blame them? I'm still working on it."