A court convicted Thai journalist Suchanee Cloitre in December for a tweet referencing a dispute over working conditions at a chicken farm owned by the Thammakaset company. 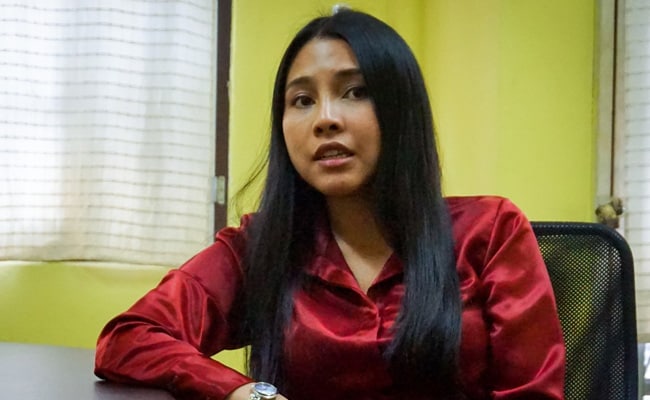 Thai journalist Suchanee Cloitre was sentenced to 2 years in prison in a defemation case.

A Thai journalist sentenced to two years in prison for defaming the owner of a poultry farm via a tweet said Thursday the kingdom's criminal libel laws are eviscerating media freedom.

A court convicted Suchanee Cloitre in December for a tweet referencing a dispute over working conditions at a chicken farm owned by the Thammakaset company.

The farm had been at the centre of a labour dispute by Myanmar workers complaining of punishing working hours and conditions.

Suchanee, married to a Frenchman and the mother of a nine-month-old boy, was working for Thai television channel Voice TV at the time of posting the tweet and plans to appeal the maximum two-year term imposed by the court.

She is currently out on bail.

"I nearly cried (after the verdict) thinking about the fact that I wouldn't see my son... it makes me totally devastated," she told AFP, adding that freedom of expression in Thailand is retreating.

"There is a high level of self-censorship in Thailand" among journalists reporting on sensitive topics like human rights and politics, she said.

"When you forbid freedom of expression... you forbid an open society."

Thammakaset owner Chanchai Pheamphon declined to comment on the case when contacted by AFP on Thursday.

According to the Thailand Human Rights Lawyers Association, less than five cases were filed in 2012. The number of cases has skyrocketed since, with 40 filed in 2018 alone.

The use of criminal defamation has been "abused", especially by private companies with unlimited financial resources, said association director and lawyer Nadthasiri Bergman, who is assisting with Suchanee's case.

"This is bad for society," she said, urging the offence to be downgraded to a civil issue.