Tesla Owner Wanted To Control Her Car, Gets Valet Key implanted In Arm

Dansby had the chip encased in a biopolymer, a natural material that can safely remain under her skin like the silicon that is used for breast implants. That, she said, is when the hard part really began. 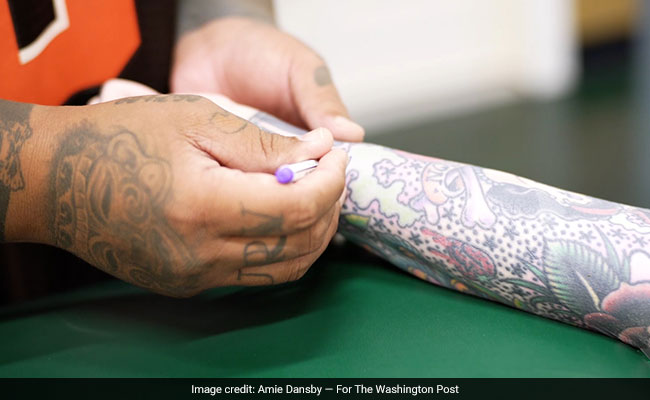 Because of its many high tech features, she knew the car was regularly compared to a computer on wheels. Dansby - a software engineer from Dallas - wondered whether it might be possible to control that mobile computer the way a growing number of people are controlling other devices, opening doors, turning on lights and retrieving food from vending machines: with a microchip implanted in her body.

Some people laughed when the 34-year-old software engineer detailed her dream, and others told her it was impossible, a sentiment, she said, that only strengthened her resolve.

"I realized that nobody had ever done it with a Tesla, and that made it so much more of a challenge that I wanted to overcome," said Dansby, who began formulating a plan about a year ago. "But it's one of those things that's so new there's nothing on Google to help you."

To the uninitiated, Dansby's desire to control her surroundings with an implanted microchip might sound like it was plucked from some dystopian future. But microchips aren't exactly new and have been used to tag "pets and livestock" as well as track deliveries. 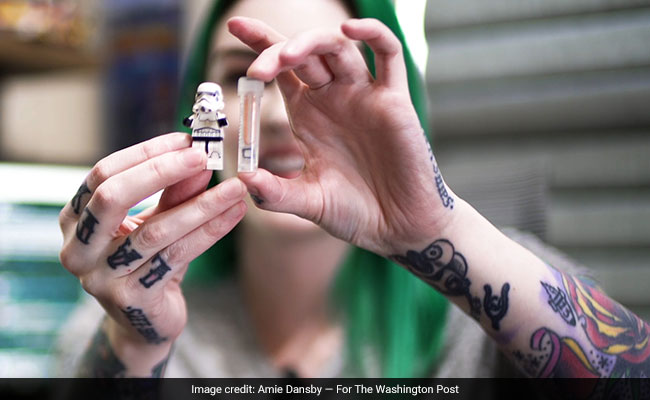 Amie Dansby, a software engineer in Dallas, shows off a microchip that she has implanted inside her right arm. The chip allows her to unlock and start her Tesla Model 3.

A growing number of companies and people are also opting to outfit their bodies with technology that monitors their health, controls nearby electronic devices or even lights up when activated for aesthetic purposes.

Biohax International, a Swedish company, has implanted its microchip in several thousand customers, allowing them to ride trains without using tickets, turn on the lights in their apartments and access a gym the company has partnered with. The company claims the microchips are used only to enhance systems that are "completely under your control."

Proponents of medical microchips point out that the devices could contain someone's entire medical history. If a patient were unconscious or suffering from memory loss, for example, those records could prove invaluable for emergency-room doctors who might be unfamiliar with the person's prescribed medications or history of illness.

Critics say the practice raises serious privacy concerns, especially when considering who would be responsible for the mountains of personal data that microchips are capable of producing about an individual's movement, behaviors and health.

When she decided that she wanted to place a chip in her arm that would allow her to control her Tesla, Dansby already had an RFID implant in her left hand that gives her basic access to her personal computer and lets her open her front door. (An RFID chip is a chip that uses radio frequency signals to exchange information.)

Dansby initially considered syncing that chip to her Tesla as well, but eventually realized controlling the car meant she'd have to place a separate chip in her opposite arm. After a series of tests, she decided to remove the chip in her Tesla key card, a credit card-like piece of plastic that allows vehicle owners to access and start their car. To do this, she dissolved the key card in acetone until the plastic casing disappeared, leaving the chip.

Dansby had the chip encased in a biopolymer, a natural material that can safely remain under her skin like the silicon that is used for breast implants. That, she said, is when the hard part really began.

"The longest part of this whole process was emailing doctors who didn't want to risk losing their medical license," Dansby said, noting she'd entered talks with three doctors, all of whom eventually backed out.

After six months of searching, Dansby turned to a tattoo shop that specializes in body modifications, where a professional piercer inserted the implant into her right arm just beneath her wrist through a hollow needle (video of the slightly bloody implantation process can be viewed here). A few days later, after her arm had healed, Dansby was able to unlock and start her car with a wave of her arm. Her appendage has to be just a few inches from the vehicle for the chip to be effective because its range is limited. The entire process, including research, she said, took about a year.

"People think chips in your body are weird, but we think Botox and breast augmentation or Lasik are normal - and those are all body modifications," she said. "Imagine how it must have felt to be one of the first people who decided to put two silicon implants in their chest and now it's so completely forgettable."

A video Dansby made documenting her experience has racked up nearly 300,000 views.