The Tempe Police Department has released footage from the officer's body camera. 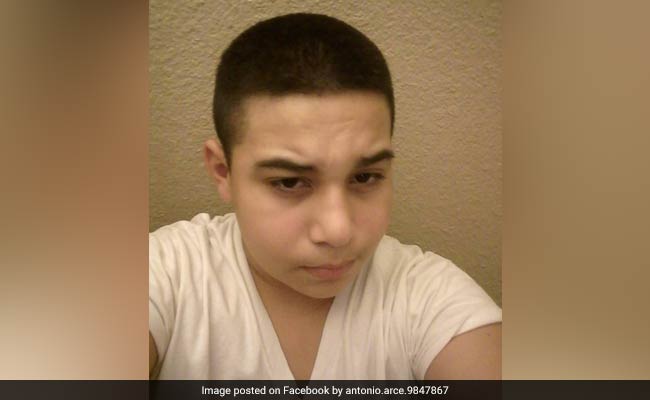 Antonio Arce's death raised questions about when and how soon should police officers use fatal force.

The shooting happened within seconds. The police officer draws his gun as he tries to get the suspect's attention. He sees the male suspect running. He orders him to show his hands, but the latter keeps running. He fires two shots, striking the suspect - who turns out to be a 14-year-old boy carrying a replica handgun.

The Tuesday confrontation was captured on the police officer's body camera, the footage from which was released this week by the police department in Tempe, Arizona, amid growing outcry over the boy's death. Local activists describe the shooting as the murder of a child, whose mother screamed "Necesito justicia!" ("I need justice") repeatedly at a Thursday night rally in front of the police headquarters.

Officials, meanwhile, urge the community to withhold judgment while they investigate what Tempe Police Chief Sylvia Moir described as a "rapidly evolving situation."

"I must begin with expressing my deepest condolences to the young man's family. . . . I am very sorry for their loss," Moir said, reading from a piece of paper at a news conference Friday. Displayed next to her were several enlarged photographs: the alley where the teen was shot, the gray pickup truck where the police officer found him, the replica handgun authorities say he was carrying.

The shooting happened in the middle of the day Tuesday. Officer Jaen - Tempe police did not release his first name - was sent to an alley in a neighborhood where a 911 caller had reported that someone in a gray pickup truck parked behind his house was "taking stuff" from a backyard.

Jaen parked in front of the pickup truck, got out of his marked car, and hid behind a large trash can. He saw the suspect moving inside the truck, then the front passenger door opened.

"Let me see your hands!" he screamed as the suspect ran.

Another four seconds later, he fired his first shot, and then another.

"998, 998, shots fired, shots fired!" the officer screamed, using the police code for an officer-involved shooting. "He's got a handgun," he said later.

The officer found the teen down the alley, lying between the street and the sidewalk, Moir, the police chief, told reporters Friday. One bullet hit his shoulder area; another struck a wall at the end of the alley. The firearm he was carrying was a 1911 replica model airsoft gun, Moir said.

The teen, identified by family members and local activists as Antonio Arce, died at a hospital.

Moir said the teen, whom she did not name because of his age, had just stolen the Airsoft gun and other items from inside the pickup truck. Two witnesses had also reported seeing the suspect with a gun in his hands, Moir told reporters.

The officer involved in the shooting has been placed on leave while criminal and administrative investigations are ongoing. Prosecutors will decide whether he should face criminal charges. Jaen has been a police officer for 17 years, 14 of which he spent with Tempe police, Moir said. Jaen also served in the Army National Guard from 2007 to 2013 and was deployed to Iraq in 2011.

Tempe police did not respond to a request from The Washington Post for copies of the two-minute video and the 911 call, both of which were given to local media outlets Friday.

The teen's death raised familiar questions about when and how soon should police officers use fatal force. At a rally outside the police headquarters Thursday night, speakers accused the officer of resorting to lethal methods too quickly. Arce deserved a fair trial, not a bullet in his back, they said.

"I want justice! I need justice," the teen's mother, Sandra Gonzalez, screamed repeatedly as she held a bright-yellow poster with her son's picture.

The teen's older brother, Jason, has filled his Facebook profile with impassioned posts about Arce.

"I never got to say goodbye to hermanito . . . i never got to tell you i love you bro, so much memories so much time together, seeing you grow up! ... why you! why you!?" Jason Gonzalez wrote.

"No Tempe police officer goes to work hoping to use his or her service weapon in the line of duty," Rob Ferraro, the association's president, said in a statement. "We do so only under the most serious circumstances, in moments that require split-second reactions and decision making. . . . While each of us is only human, we strive at all times to make the most correct and best possible decisions, because the public we serve expects nothing less."