The brothers' parents said in media reports earlier this month that their sons were removed from a flight because the South Korean airline was unwilling to accommodate a serious peanut allergy. 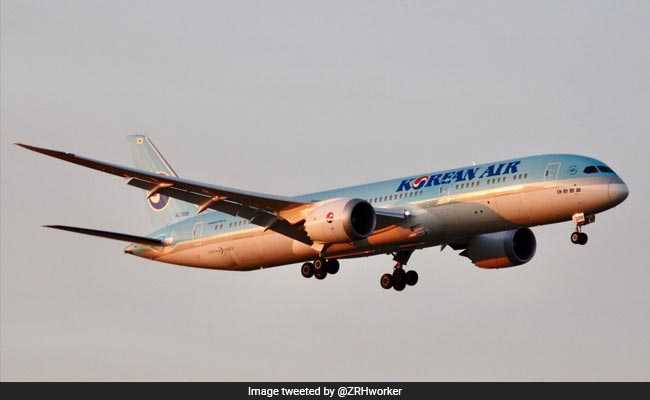 Korean Airlines that it will stop serving peanuts after the incident. (Representational)

Korean Air Lines said on Sunday it has stopped serving peanuts as snacks to customers in response to a recent incident when two teenage brothers were unable to board a flight because of a peanut allergy.

The brothers' parents said in media reports earlier this month that their sons were removed from a flight because the South Korean airline was unwilling to accommodate a serious peanut allergy.

The brothers were travelling from Atlanta to the Philippines but were stranded in Seoul after Korean Air did not agree to a request to stop serving peanuts around the teens because the older brother has a severe peanut allergy, media outlets including USA Today and Good Morning America reported.

Korean Air has had an assorted history with nuts in recent years, with its image tarnished by the infamous "nut rage" scandal of 2014.

Chief executive Cho Yang-ho's eldest daughter, Heather Cho, made headlines when she lost her temper over the way she was served nuts in first class and ordered the Korean Air plane to return to its gate at a New York airport.

The carrier's shareholders removed Cho Yang-ho from its board in a landmark vote on Wednesday over scandals stemming from the nut rage case. He became the first founding family member of any South Korean corporate giant to be forced off a board.

Korean Air will remove food that contains peanuts from in-flight meals in several weeks, the company said in a statement.

"The decision to stop peanut products and peanut ingredients is the minimum safety measure for peanut-allergy passengers," it said.

(Except for the headline, this story has not been edited by NDTV staff and is published from a syndicated feed.)
Comments
Korean Airlinespeanut allergy