The Taliban were not invited to either of the meetings because the new regime in Kabul lacked international recognition. 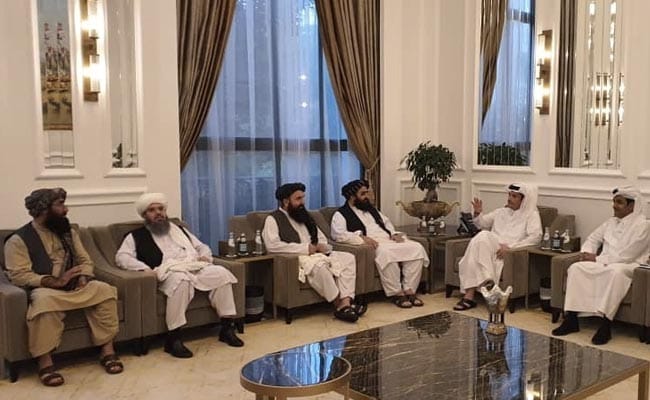 The Taliban government in Kabul will be invited to the third ministerial meeting likely to be held in China early next year, Pakistan Foreign Minister Shah Mahmood Qureshi has said, urging the world community to recognise the reality that the war in Afghanistan has ended and the hardline group is in power.

Speaking at a meeting of the Senate Foreign Affairs Committee on Tuesday, Qureshi said Pakistan has worked out a new mechanism for consultations among Afghanistan's neighbours on the developments in the war-ravaged country after the Taliban takeover in mid-August.

"Afghanistan's interim government will also be invited to the next meeting of Afghanistan''s neighbours," the Dawn newspaper quoted him as saying on Wednesday.

The format for the meeting includes China, Iran, Pakistan, Tajikistan, Turkmenistan and Uzbekistan, besides Russia. The inaugural meeting was held in Islamabad on September 8, while the second meeting was hosted by Iran on October 27.

The Taliban were not invited to either of the meetings because the new regime in Kabul lacked international recognition.

The participants of the second meeting had in their joint communique called on the "international community to remain positively engaged with Afghanistan and develop a long-term roadmap to advance the agenda of political engagement, economic integration and regional connectivity".

The next meeting will take place in China. Although dates have not been finalised, it is likely to be held early next year, the report said.

Some foreign ministers visited Kabul over the past several weeks and representatives of the extended Troika plus meeting on Afghanistan - China, Pakistan, the United States and Russia - met Taliban Foreign Minister Amir Khan Muttaqi on the sidelines of their meeting in Islamabad last week.

Mr Qureshi, speaking at the National Defence University, underscored the need for the recognition of the reality that the war in Afghanistan has "ended and the Taliban are in power".

About Pakistan's policy on Afghanistan, Mr Qureshi told the Senate panel that the "strategy has been to maintain constructive engagement with Afghanistan".

He said Islamabad had been consistently telling the world that it was in its interest to engage with the Taliban while calling on the latter to address the concerns of the international community.

Pakistan has been trying to convince the world to diplomatically engage with the Taliban after they seized control of Kabul on August 15. However, the international community is still sceptical about the hardline Islamists, especially on issues like terrorism emanating from the war-torn country and their promises to respect human rights.

Afghanistan has been under Taliban rule since August 15 when the Afghan terrorist group ousted the elected government of President Ashraf Ghani and forced him to flee the country and take refuge in the UAE.