Members of Afghanistan's High Peace Council, a body which oversees peace efforts but does not represent the government, attended the event, where they repeated President Ashraf Ghani's offer of peace talks without pre-conditions. 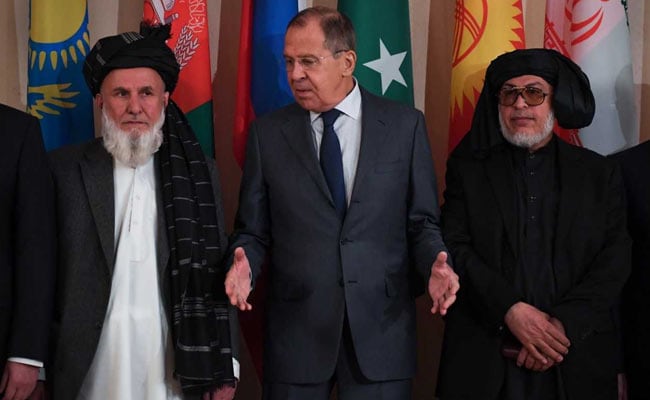 A Taliban delegation on Friday attended a diplomatic conference in Russia for the first time, in a move that underscored Moscow's keenness to play a role in the Afghan peace process, but the Kabul government sent no official representative.

Instead, members of Afghanistan's High Peace Council, a body which oversees peace efforts but does not represent the government, attended the event, where they repeated President Ashraf Ghani's offer of peace talks without pre-conditions.

Western officials and Ghani's government view the Moscow meeting with some suspicion, seeing it as an attempt by Russia to push its way into a process that they say must be led by Afghanistan.

"We discussed the subject of direct talks with the Taliban and asked them to choose the place and the starting time," said Ehsan Tahiri, High Peace Council spokesman, according to Russia's RIA news agency.

No such agreement has been reached so far, he added.

The Taliban delegation reiterated its demand for the withdrawal of U.S. forces from Afghanistan where they support the Kabul government.

RIA quoted Muhammad Sohail Shaheen, spokesman for the Taliban's political office, as saying that before starting talks with the Kabul government, "the issue of the presence of external forces" needed to be addressed.

Shaheen also denied accusations by the U.S. military that Russia has supplied weapons to the Taliban, echoing a similar denial by Moscow.

The meeting, which underlines Russia's desire to be involved in any settlement in Afghanistan, took place as U.S. special envoy Zalmay Khalilzad prepared for a fresh round of talks with Taliban officials in Qatar.

The Russian Foreign Ministry said that "we reaffirm our position on the lack of alternative to a political settlement in Afghanistan and the need for active coordinated efforts by Afghanistan's neighbouring countries and regional partners".

As well as the five-member Taliban delegation, Russia brought to the meeting several senior Afghan political figures, including some who have clashed with Ghani in the past.

The Taliban issued a statement this week saying the conference was "not about negotiating with any particular side".

It said the meeting was "about holding comprehensive discussions on finding a peaceful solution to the Afghan quandary and ending the American occupation".

Ghani offered in February to talk to the Taliban without pre-conditions but the insurgents, who regard his government as a foreign-controlled regime, have refused, saying they will deal only with the United States.