But Taiwan has been particularly upset recently by Chinese drones flying very close to islands it controls next to China's coast, which President Tsai said was part of Beijing's "grey zone" warfare. 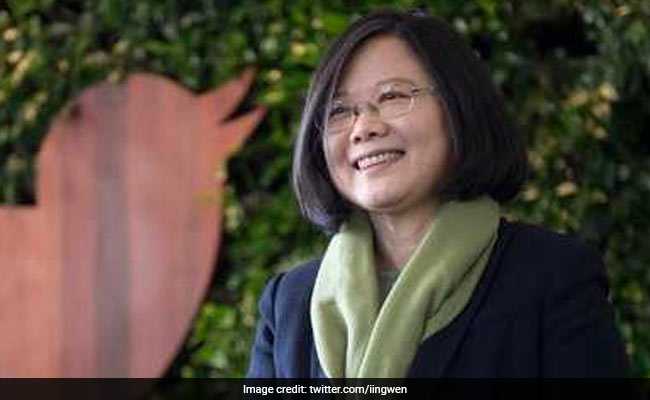 The more China provokes the more calm Taiwan must be, but restraint does not mean there cannot be "strong countermeasures" if needed, President Tsai Ing-wen said on Tuesday visiting front line forces based on islands in the sensitive Taiwan Strait.

China, which claims Taiwan as its territory despite the strong objections of the government in Taipei, has carried out military exercises around the island this month after a visit by U.S. House of Representatives Speaker Nancy Pelosi.

Visiting a major air and naval base on the Penghu islands in the Taiwan Strait, President Tsai praised the armed forces for their tireless efforts to protect Taiwan, and condemned Beijing for its drills and intimidation.

"I want to tell everyone that the more the enemy provokes, the more calm we must be," President Tsai told naval officers.

"We will not provoke disputes, and we will exercise self-restraint, but it does not mean that we will not counter," she added.

"I have ordered the Ministry of National Defense to take necessary and strong countermeasures in a timely manner to defend the safety of the country's airspace," President Tsai said, without elaborating.

No shots have been fired, and Taiwan's government has repeatedly said it has responded calmly to China's activities.

But Taiwan has been particularly upset recently by Chinese drones flying very close to islands it controls next to China's coast, which President Tsai said was part of Beijing's "grey zone" warfare.

The warships and fighter jets based at Penghu have been going out armed with live ammunition since China began its exercises this month, officers told reporters on the trip.

Frigate captain Lee Kuang-ping said that they regularly had been trading radio warnings with Chinese warships.

The Chinese military unit responsible for the area adjacent to Taiwan, the People's Liberation Army's Eastern Theatre Command, released on Aug. 15 a video of the Penghu islands, apparently taken by China's air force.

Taiwan's military termed the video information warfare, accusing China of exaggeration and saying it was not true Chinese forces had come near the islands.

Penghu, a summer tourist destination for its beaches, is close to Taiwan's southwestern coast, unlike the Taiwan-controlled Kinmen and Matsu islands, which are right next to China's shores.

Taiwan's armed forces are well-equipped but dwarfed by China's. President Tsai has been overseeing a modernisation programme and has made increasing defence spending a priority.