Beijing insists on a one-China policy that means countries cannot also give diplomatic recognition to Taiwan. 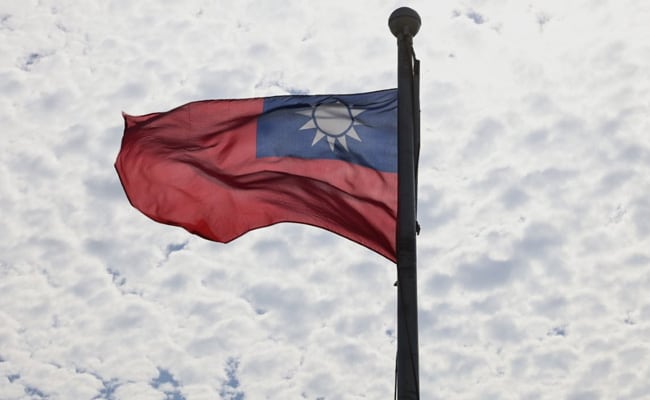 Taiwan Foreign Minister Joseph Wu is due to visit Prague on October 27.

A Taiwanese government delegation is visiting three eastern EU members to the dismay of China, which is irritated by any signs of Taiwan acting as an independent country.

The 66 government officials will hold talks in Slovakia on Friday before travelling to the Czech Republic and Lithuania to boost trade ties and investment.

All three countries gave coronavirus vaccines to Taiwan, which has accused Beijing of hampering its efforts to secure enough doses.

The European Union members have shown signs of wanting closer relations with the island, even if that angers China.

Czech-Taiwanese Chamber of Commerce head Pavel Divis said in a statement the visit was "a unique opportunity for us to establish cooperation in sectors in which Taiwan is a global leader".

But the visit angered China, which tries to keep Taipei isolated on the world stage and baulks at any official use of the word "Taiwan" lest it lend the island a sense of international legitimacy.

"Taiwan is an inalienable part of China's territory, and the government of the People's Republic of China is the sole legal government representing China," Chinese foreign ministry spokesman Wang Wenbin said.

The visit also comes after President Joe Biden told a CNN town hall the United States would defend Taiwan if the island was attacked by China, a statement at odds with the long-held US policy known as "strategic ambiguity."

Taiwan Foreign Minister Joseph Wu is due to visit Prague on October 27.

Only 15 countries officially recognise Taipei rather than Beijing, which claims the self-ruled democratic island as part of its territory and has vowed to one day re-take it -- by force if needed.

Beijing insists on a one-China policy that means countries cannot also give diplomatic recognition to Taiwan.

"We would also admonish the Taiwan authorities that any attempt to solicit foreign support and seek political manipulation is doomed to fail," he said.

Lithuania in turn set up Taiwan's representative office in Vilnius under the name "Taiwan" instead of "Taipei", a move seen as a significant diplomatic departure from standard practice.

Beijing withdrew its ambassador to Lithuania and demanded Vilnius do the same, which it eventually did.

Slovakia is also considering sending a delegation to Taiwan. The plan is due to be discussed during the upcoming visit.

On Thursday, the European Parliament urged closer ties between the EU and Taiwan, calling for increased investment and slamming China over its treatment of the island.