US Warship Sails Through Taiwan Strait

The US and many other nations say the strait is international waters and Washington regularly carries out so-called "Freedom of Navigation" operations to press the point. 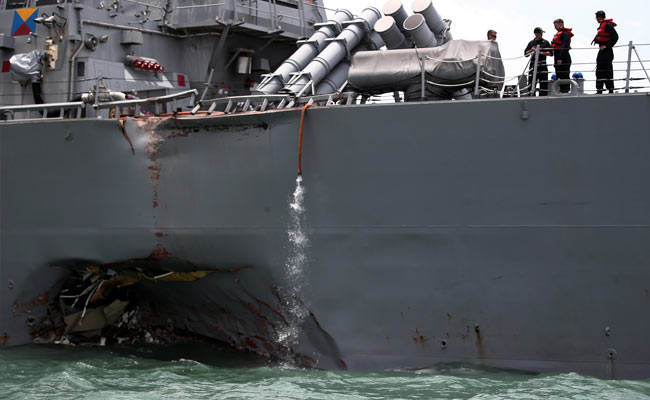 US warship conducted a "routine mission" in Taiwan strait. (Representational)

A United States warship has sailed through the Taiwan Strait, Taipei's defence ministry said Friday, the first such passage since the island resoundingly re-elected its independence-leaning president.

The warship was on a "routine mission", the ministry said, as it traversed the stretch of water that divides the self-ruling island from the authoritarian Chinese mainland.

The US and many other nations say the strait is international waters and Washington regularly carries out so-called "Freedom of Navigation" operations to press the point.

The sail-by comes after Tsai Ing-wen won a second term in weekend elections with an increased majority.

The outcome was seen as a forceful rebuke of Beijing's ongoing campaign to isolate the island.

China's leadership had made no secret of its desire to see Tsai turfed out because she and her party refuse to acknowledge their view that Taiwan is part of a "one China".

Beijing regards the island as its territory and has vowed to one day seize it, by force if necessary- especially if it declares independence.

China has greeted Tsai's re-election with anger, warning against any move to push the island closer towards formal independence.

(Except for the headline, this story has not been edited by NDTV staff and is published from a syndicated feed.)
Comments
US warshipTaiwanTaiwan defence ministry