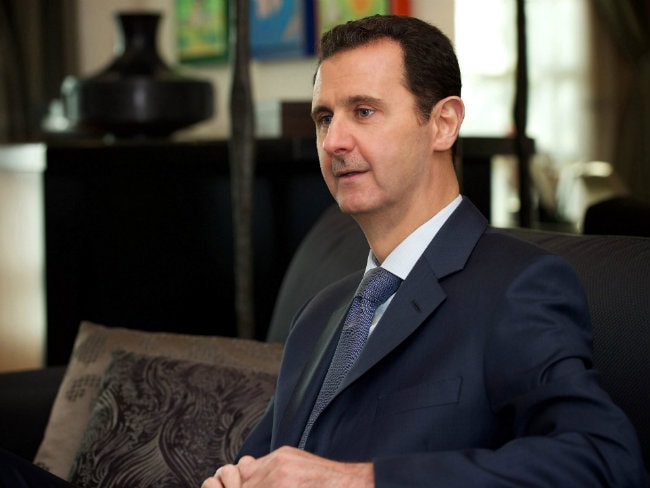 The issue has dogged efforts to get the exiled but widely recognised Syrian National Coalition and the National Coordination Committee for Democratic Change (NCCDC), which is tolerated by the Syrian authorities, to agree a common platform.

The two groups said in a statement after a meeting in Brussels that peace "can be achieved through a political process undertaken by the Syrians themselves, under the auspices of the UN."

This solution would involve "a fundamental and comprehensive change of the current political regime, including the head of the regime and all its leaders, pillars and security agencies."

They said they had now "agreed a road map for the salvation of Syria, including the basic principles of a political settlement, to be adopted by their respective competent bodies."

This would be based on the 2012 Geneva accord which envisaged a transitional government of national unity with full powers to run the country and organise elections.

Up to now, the NCCDC had appeared to leave the door open for Mr Assad to play a role in a transitional government but the National Coalition was bitterly opposed and restated that position again on Friday.

"We do not see any role for Assad or members of his government in a transitional body," Hisham Marwa of the National Coalition told a press conference in Brussels after talks there.

"They should be brought to justice and not be rewarded by being involved in any transitional body," he said.

"We have a political agreement which gathers all the political camps. We do not think these things should prevent us from finding common ground."

His colleague Safwan Akkash said "Assad's role is secondary" while the fate of other members of the regime "will be discussed."

The NCCDC, which is also known as the National Coordination Body, is part of the country's "tolerated" opposition, operating inside Syria but under tight restrictions.

It has often been at odds with the National Coalition, accusing it of being beholden to outside interests.

More than 230,000 people have been killed in Syria since the conflict began in March 2011 with anti-government protests which morphed into a civil war.