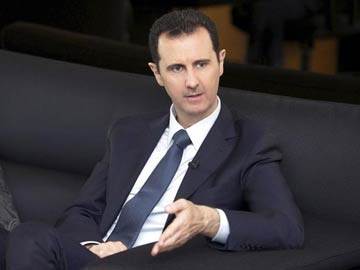 Geneva: A growing body of evidence collected by UN investigators points to the involvement of senior Syrian officials, including President Bashar Assad, in crimes against humanity and war crimes, the UN's top human rights official said on Monday.

The statement by Navi Pillay, who heads the UN Office of the High Commissioner for Human Rights, adds to the pressure for quicker action on Syria ahead of a key peace conference planned for Geneva in January. The conference, brought on by combined UN, U.S. and Russian diplomacy, would for the first time bring the Assad government and opponents together for face-to-face negotiations.

"As we look around the world at the end of 2013, we see examples of situations where that readiness of the international community to act in time is already being sorely tested," Pillay told a news conference that touched on trouble spots around the world.

"In addition to Syria, where the scale and viciousness of the abuses being perpetrated by elements on both sides almost defies belief, the situation in the Central African Republic is deteriorating rapidly, and the alarm bells are ringing loud and clear."

Pillay said the Syrian abuses - suspected massacres, chemical attacks, torture, rape and a litany of other horrors - are being well documented by an expert UN panel of investigators.

"They've produced massive evidence," she said. "They point to the fact that the evidence indicates responsibility at the highest level of government, including the head of state."

"She has been talking nonsense for a long time and we don't listen to her," he told The Associated Press in The Hague.

Pillay said the lists of suspected criminals are handed to her on a confidential basis and will remain sealed until requested by international or national authorities for a "credible investigation," and then possibly used for prosecution.

Pillay said she worries about striking the right balance in determining how long to keep the information secret. The lists "rightly belongs to the people who suffered violations," she said, but they also must be kept sealed "to preserve the presumption of innocence" until proper judicial probes can be done that could lead to trial.

Any prosecution before the International Criminal Court at The Hague appears to be a long way off because Syria is not a member of the court, so it would the UN Security Council to refer the matter. The 15-nation Council did so once before in the case of Sudan, in 2005, but would be unlikely to do so in Syria's case because its key ally Russia is one of the council's five permanent members that wield a veto.

Pillay and the four-member UN panel on Syria war crimes chaired by Brazilian diplomat and scholar Paulo Sergio Pinheiro has previously said Assad's government and supporters and the rebels who oppose them have committed heinous war crimes during the nearly 3-year-old civil war in Syria that has killed more than 100,000 people.

But this time, Pillay specifically referred to the president - though she was careful to say she hadn't singled him out as a possible suspect on the secret lists.

Promoted
Listen to the latest songs, only on JioSaavn.com
Pillay said Syria and North Korea - the two countries being probed by a UN investigative panel - represent two of the world's worst human rights violations, but she also cited concerns with Central African Republic, Bangladesh and other regions.

Other places that require the world's attention, she said, are the large-scale expulsions of migrants from Saudi Arabia, the high number of migrant laborer deaths building World Cup stadiums in Qatar, and continuing political exploitation of xenophobia and racism in Europe and other developed regions.