The incident, partly captured in a video published by US celebrity news outlet, showed the rapper throwing a young man into the street then aiming several punches at him while the man is on the ground. 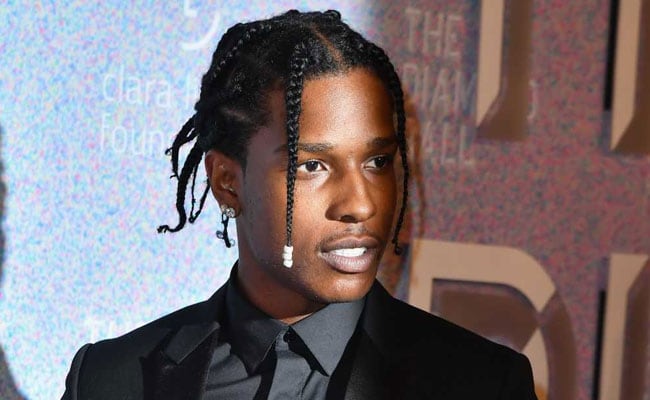 ASAP Rocky has posted his own videos on Instagram, which he said showed the lead up to the clash. (AFP)

A Swedish court on Friday decided to keep US rapper ASAP Rocky in custody on suspicion of assault after he was arrested in connection with a street brawl in Stockholm.

The artist was detained earlier this week along with three other people following the incident, which occurred on Sunday and was partly captured in a video published by US celebrity news outlet TMZ.

In the video, the rapper, who was in Stockholm for a concert, can be seen throwing a young man into the street then aiming several punches at him while the man is on the ground.

ASAP Rocky -- whose real name is Rakim Mayers -- on Tuesday posted his own videos on Instagram, which he said showed the lead up to the clash.

In those, the young man can be seen arguing with the musician over a pair of headphones, and the artist repeatedly asks that the man and his friends stop following them.

One of the four people arrested, a bodyguard who was also suspected of assault, was released Wednesday and the investigation against him was closed.

Swedish prosecutor Fredrik Karlsson on Thursday filed a request with the Stockholm District Court to keep the rapper and two others in custody owing to "a flight risk and a risk that if released, they could sabotage the investigation".

The court said Friday it did not feel there was a risk he could sabotage the investigation but agreed there was a "flight risk".

The prosecutor had originally asked the court to detain Mayers on suspicion of aggravated assault, but the court opted for assault, a less serious offence.

Karlsson told reporters following the decision that he still felt the incident amounted to aggravated assault.

"That's because there are multiple people attacking a person that is lying down and that it seems they also used weapons," Karlsson said.

Mayers can now be held in custody for two weeks while the case is investigated. After that, it would require another hearing to extend his detention.

The rapper was on a European tour and was scheduled to perform in Dublin and London this weekend.

He has already had to cancel shows in Norway and Poland.

Mayers was born in New York and had a breakthrough in 2011 with the release of the mixtape "Live. Love. ASAP". He followed that up in 2013 with the debut album "Long. Live. ASAP".