Berkah Hospital spokesman Firmansyah said the 72-year-old former military general may need surgery for his two stomach wounds, but was conscious and in a stable condition. 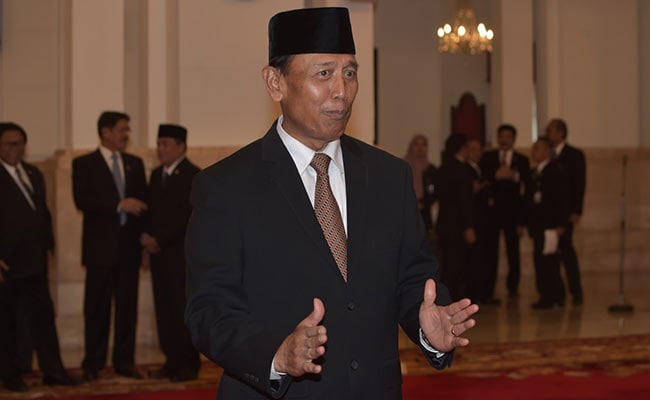 Wiranto was later rushed by helicopter to the capital Jakarta.

A suspected ISIS radical stabbed Indonesia's chief security minister as he was exiting a vehicle Thursday, leaving two deep wounds in his stomach and injuring three others in an assassination attempt on one of the country's most powerful political figures.

Television images showed security officers wrestling a man and woman to the ground outside a university in Pandeglang on Java island after the attack on Wiranto, who like many Indonesians goes by one name.

"Someone approached and attacked him," said national police spokesman Dedi Prasetyo, adding that the pair were arrested.

Berkah Hospital spokesman Firmansyah said the 72-year-old former military general may need surgery for his two stomach wounds, but was conscious and in a stable condition.

Wiranto -- who police have said was one of several targets in a failed assassination plot earlier this year -- was later rushed by helicopter to the capital Jakarta.

The retired chief of the armed forces and a failed presidential candidate, Wiranto has faced controversy over alleged human rights violations and crimes against humanity linked to violence following East Timor's 1999 independence referendum.

Thursday's incident comes just over a week before President Joko Widodo kicks off a second term as leader of the Southeast Asian archipelago of some 260 million people, the world's biggest Muslim majority nation.

Surrounded by reporters in Jakarta Thursday, Widodo said only "I'm going to the hospital", when asked about Wiranto.

The other three victims -- a local police chief and two aides -- had non-life-threatening injuries.

"They were stabbed but are in stable condition and fully conscious," said Banten police chief Tomsi Tohir.

The suspects were identified as 31-year-old Syahril Alamsyah and Fitri Andriana, 21. Their relationship was unclear.

Police said Alamsyah had been "exposed to ISIL radicalism", referring to the Islamic State group, without elaborating.

Eyewitness Madrohim told an AFP reporter that Andriana was dressed in a body-and-face-covering niqab. 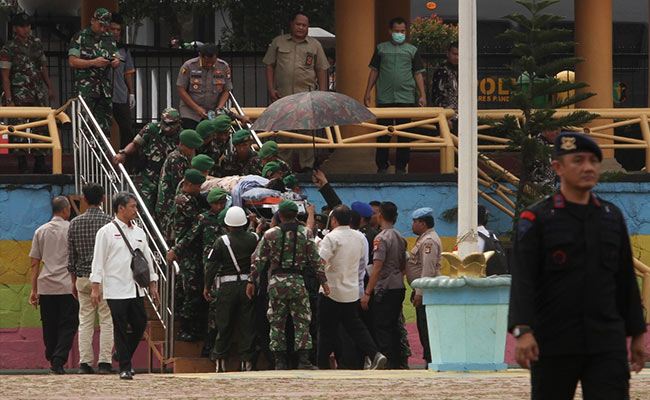 "When the car stopped, there were people circling around, protecting him," he said.

"But a man got into the circle and stabbed Wiranto. The woman also tried to stab him. He was arrested and the woman fought the police," Madrohim added.

Police did not say if either suspect belonged to one of dozens of radical groups that have pledged loyalty to the Islamic State group in Indonesia, which has long struggled with Islamist terrorism.

Authorities routinely arrest suspected ISIS-loyal terrorists that they claim were planning bomb blasts, among other attacks.

In May, police said Wiranto and three other top officials were targeted in a failed assassination plot linked to deadly riots in Jakarta after Widodo's re-election victory.

A group of six people -- arrested before they could carry out the killings -- planned to murder the officials and an election pollster in a bid to plunge the country into chaos, police said at the time.