41 Dead, Over 230 Injured In Suspected ISIS Attack At Istanbul Airport The attack on Europe's third-busiest airport was one of the deadliest in a series of suicide bombings in recent months in Turkey, part of the US-led coalition against ISIS and struggling to contain spillover from neighbouring Syria's war.

President Tayyip Erdogan said the attack should serve as a turning point in the global fight against terrorism, which he said had "no regard for faith or values".

One attacker opened fire in the departures hall with an automatic rifle, sending passengers diving for cover and trying to flee, before all three blew themselves up in or around the arrivals hall a floor below, witnesses and officials said. 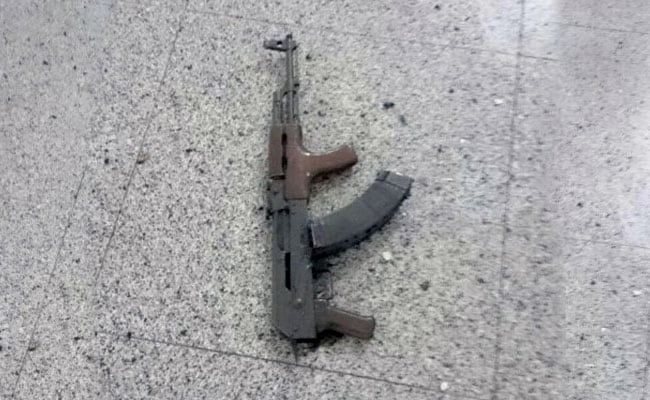 A weapon is seen on the floor at Ataturk airport after suicide bombers opened fire before blowing themselves up at the entrance, in Istanbul, Turkey on June 28, 2016. (Reuters Photo)

Video footage showed one of the attackers inside the terminal building being shot, apparently by a police officer, before falling to the ground as people fled. The attacker then blew himself up around 20 seconds later.

"It's a jigsaw puzzle ... The authorities are going through CCTV footage, witness statements," a Turkish official said.

The Dogan news agency said autopsies on the three bombers, whose torsos were ripped apart, had been completed and that they may have been foreign nationals, without citing its sources.

Broken ceiling panels littered the curb outside the arrivals section of the international terminal. Entire plates of glass had shattered, exposing the inside of the building, and electric cables dangled from the ceiling. Cleanup crews swept up debris and armed police patrolled as flights resumed. 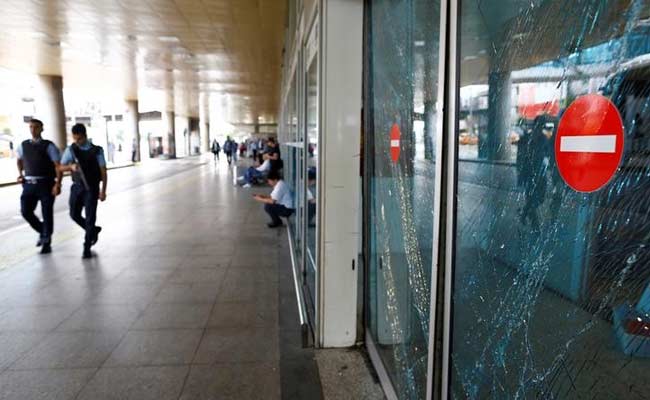 "This attack, targeting innocent people is a vile, planned terrorist act," Prime Minister Binali Yildirim told reporters at the scene in the early hours this morning.

"There is initial evidence that each of the three suicide bombers blew themselves up after opening fire," he said. The attackers had come to the airport by taxi and preliminary findings pointed to ISIS responsibility.

Two US counter-terrorism officials familiar with the early stages of investigations said ISIS was at the top of the list of suspects even though there was no evidence yet.

No group had claimed responsibility more than 12 hours after the attack, which began around 9:50 pm (1850 GMT) on Tuesday.

Istanbul's position bridging Europe and Asia has made Ataturk airport, Turkey's largest, a major transit hub for passengers across the world. A Ukrainian and an Iranian were among the dead, officials from the two countries said. Saudi media said seven Saudis were among the wounded.

"There were little babies crying, people shouting, broken glass and blood all over the floor. It was very crowded, there was chaos. It was traumatic," said Diana Eltner, 29, a Swiss psychologist who was travelling from Zurich to Vietnam but had been diverted to Istanbul after she missed a connection. A view of the entrance of the Ataturk international airport after two suicide bombers opened fire before blowing themselves up at the entrance, in Istanbul, Turkey on June 28, 2016. (Reuters Photo)

Delayed travellers were sleeping on floors at the airport, a Reuters witness said, as some passengers and airport staff cried and hugged each other. Police in kevlar vests with automatic weapons prowled the curb side as a handful of travellers and Turkish Airlines crew trickled in.

The national carrier said it had cancelled 340 flights although its departures resumed after 8:00 am (0500 GMT). 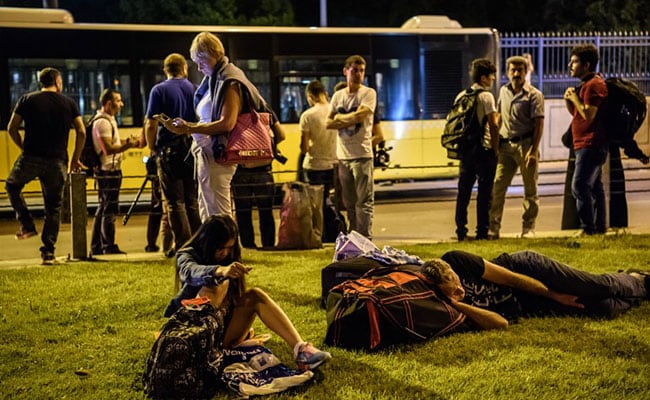 "He Was Wearing All Black"

Paul Roos, 77, a South African tourist on his way home, said he saw one of the attackers "randomly shooting" in the departures hall from about 50 metres (55 yards) away.

"He was wearing all black. His face was not masked ... We ducked behind a counter but I stood up and watched him. Two explosions went off shortly after one another. By that time he had stopped shooting," Roos told Reuters.

"He turned around and started coming towards us. He was holding his gun inside his jacket. He looked around anxiously to see if anyone was going to stop him and then went down the escalator ... We heard some more gunfire and then another explosion, and then it was over."

The attack bore similarities to a suicide bombing by ISIS terrorists at Brussels airport in March that killed 16 people. A coordinated attack also targeted a rush-hour metro train, killing a further 16 people in the Belgian capital.

The two US officials said the Istanbul bombing was more typical of ISIS than of Kurdish militant groups which have also carried out recent attacks in Turkey, but usually target official government targets.

One of the officials said there had been a "marked increase" in encrypted ISIS propaganda and communications on the dark web, which some American officials interpret as an effort to direct or inspire more attacks outside its home turf in an attempt to offset its recent losses on the ground.

Both officials spoke on the condition of anonymity to discuss the probe, which they said is being led by Turkish officials with what they called intelligence support from the United States and other NATO allies.
© Thomson Reuters 2016