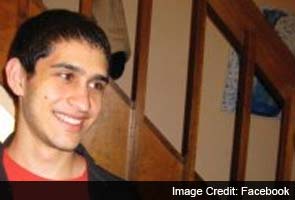 New Delhi: For a few hours yesterday, Sunil Tripathi, a young Indian-American who has been missing since March 16, trended as people on social media sites reported that the Boston Police Department scanner had named him as one of two men suspected to be responsible for the Boston Marathon bombings on Monday, that left three people dead and about 180 injured.

Later, the Boston police said both the marathon blast suspects, one dead, the other on the run, had both been identified as brothers from Chechnya.

In a statement on Facebook his family said, "A tremendous and painful amount of attention has been cast on our beloved Sunil Tripathi in the past twelve hours...We have known unequivocally all along that neither individual suspected as responsible for the Boston Marathon bombings was Sunil. We are grateful to all of you who have followed us on Facebook, Twitter, and Reddit-supporting us over the recent hours." (Read statement here)

For the Tripathis, those hours would have been made up of a nightmare unimaginable even for a family that would have thought of every eventuality in the last three weeks as they have waited for some news about their missing 22-year-old son Sunil.

As the name Sunil Tripathi suddenly began trending worldwide on Twitter, a debate raged online whether one of two pictures of the suspects released by the FBI was indeed that of Mr Tripathi. Even though the photographs that the FBI released of the men they called Suspect 1 and Suspect 2 clearly showed two white men. See tweet

At 2.24 am local time, NBC News tweeted to say, "Speculation that one of bombing suspects is a missing student is not correct, sources tell @PeteWilliamsNBC." See tweet

Apologies followed. And the demand for apologies. "Sunil "Sunny" Tripathi, 22, is still missing... I send my deepest regrets for falsely identifying him as a suspect," said a Twitter user, who had earlier tweeted repeatedly about Mr Tripathi as a suspect.

"I want to issue a formal & public apology to the Tripathi family for any undue stress my Tweet about possible resemblance may have caused," tweeted Kami Mattioli, Sunil Tripathi's neighbour.

Others were angry. Jammu and Kashmir Chief Minister Omar Abdullah tweeted, "In spite of the Sunil Tripathi fiasco social media users will still believe in a God given gift to tweet/post first & confirm much later."

Sunil Tripathi is a philosophy major, on approved leave from the elite Brown University, his family has said. A Facebook page - 'Help us find Sunil Tripathi' - attracted more than a million views within the first week of being set up by his parents. It described the student as 6'0 tall, 130 pounds, with brown eyes and short brown hair, "a kind, gentle, and shy young man."

Sunil, they said, "has been struggling with depression since he took a leave of absence from Brown last year. A note suggestive of suicidal intent left behind in his apartment has his family extremely worried." His father, Akhil Tripathi, runs a software firm in Pennsylvania.

Promoted
Listen to the latest songs, only on JioSaavn.com
He was last seen wearing blue jeans, a Philadelphia Eagles beanie, and a black sweatshirt. He left behind his ID, wallet and cell phone, the police said.

Security agencies, including the local police and even the Federal Bureau of Investigation, joined in the search for Mr Tripathi.