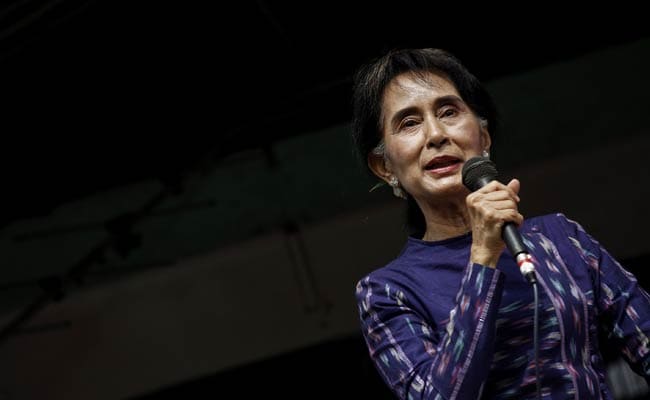 Yangon: A leader of student protests in Myanmar in 1988 that grew into a nationwide pro-democracy movement will run in a general election in November for opposition leader Aung San Suu Kyi's party, a party spokesman said today.

The decision is likely to bolster the chances of Dr Suu Kyi's party in the much-anticipated polls, the first since the end of direct military rule, as it takes on the military-backed ruling party.

The poll comes at a critical time for the Southeast Asian nation and could decide the scope of reforms.

"Ko Ko Gyi and some other members from the '88 Generation students group will run in the next general election representing our party," Nyan Win, a spokesman for Suu Kyi's National League for Democracy (NLD), told Reuters.

Ko Ko Gyi was a leader of the 1988 protests that the military eventually crushed. He spent more than 17 years in and out of prison before being released on 2012 as part of reforms initiated by the military.

Activists who took part in the 1988 protests are loosely allied in a movement known as the 88 Generation, which has kept some distance from Dr Suu Kyi's party even though they share many aims.

Ko Ko Gyi confirmed to Reuters that he would run in the election but declined to give further details until the NLD made an official announcement.

The NLD said this month that it would contest the election, ending months of uncertainty about its participation, even though Suu Kyi is barred by the military-drafted constitution from becoming the country's leader.

"Surely this will strengthen considerably the NLD, which has to struggle very hard to be able to lead a government after the next election," said political analyst Yan Myo Thein.

About 90 political parties have registered to run in the election scheduled for November 8.

The NLD won Myanmar's last free and fair election in 1990 with a landslide, but the result was ignored by the then ruling military, which ceded power in 2011.

The NLD boycotted a 2010 poll held under military rule.

Myanmar has seen a wave of student protests this year including last month when between 50 and 200 protesters led a peaceful march urging the military to get out of politics.
© Thomson Reuters 2015
Comments
Aung San Suu KyiYan Myo TheinMyanmarNational League for Democracy (NLD)Myanmar ElectionsKo Ko Gyi