Zoey Pereira, 3, was in the middle of an ugly custody battle between her parents-Cherone Coleman and Martin Pereira. 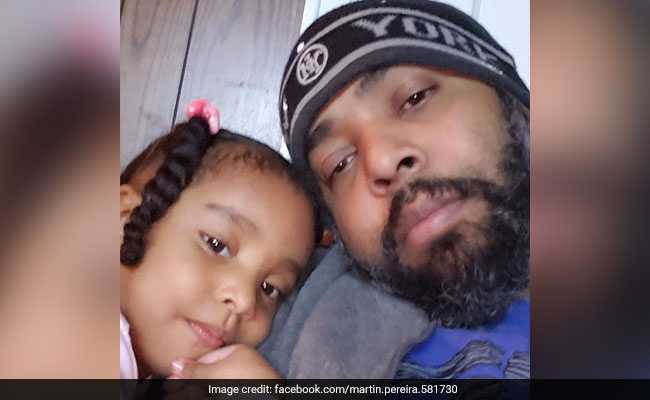 Zoe's father Martin Pereira had hinted to his ex-fiance that he would hurt their daughter.

Cherone Coleman was worried. In March, she had split from her fiance, Martin Pereira. Now the couple was waging war in a Queens courtroom over the custody of their 3-year-old daughter, Zoey.

But as Coleman, a 36-year-old medical assistant, told the New York Daily News on Monday, Pereira had become increasingly unhinged in recent weeks as the parental squabbles continued. Despite the mother's reservations, a judge ordered Pereira to take Zoey to his home on Long Island last weekend - a decision that would prove devastating.

"I should've just kept her and gone to jail," Coleman told the Daily News.

On Sunday night, a 2008 Audi A6 exploded into flames near Baisley Pond Park in the Springfield Gardens neighborhood of Queens. According to the New York Post, witnesses saw Pereira flee from the vehicle, fire crawling up the 39-year-old construction worker until he jumped into a nearby pond.

"I have my kid in the car," the father reportedly said. But when firefighters rushed to the burning sedan, they realized the car was not the scene of an accident but a possible crime scene.

Citing police sources, the New York Post has reported the girl was strapped into her car seat in the back. The rear doors had been chained shut from the inside to prevent anyone from getting inside. Gas was splashed in the interior, and a propane tank in the trunk fed the raging flames.

Freed from the car, Zoey was taken to the hospital, where she was later pronounced dead. Pereira was also taken to a hospital for his injuries, and remains in police custody, the Daily News reported. According to Coleman, the gruesome fire was the climax of an erratic weekend when the ill will between the former couple spun into overdrive.

As the grieving mother told the Daily News on Monday, before the blaze Pereira had indicated he was planning to hurt Zoey. "You'll never see your daughter again," Pereira allegedly told Coleman hours before the fire.

Authorities have ruled the death a homicide, and the New York Times has reported investigators believe Pereira intentionally set the fire. He has yet to be charged as of Monday night.

A 2017 photo from Pereira's Facebook page shows the family in happier times: Pereira, completely bald, neat beard beginning to go gray; Coleman, black hair trimmed in bangs and smile wide; Zoey between the parents, a cute girl in white with a bow holding back her dark hair.

As Angel Rivera, a former co-worker of Pereira's, told the New York Times, Pereira had been increasingly agitated since the couple split over the custody fight, feeling the courts were siding against him and that his daughter was being exposed to marijuana smoke at her mother's house.

"There was a lot of stress building up in him," Rivera told the Times. "It made him explode up like that."

A similar situation played out over the emotionally heated weekend. According to Coleman, Pereira took their daughter to Cohen Children's Medical Center on Long Island on Saturday. There, he told the staff that Coleman had abused Zoey.

"He was calling me a drug dealer and a drug addict," Coleman told the Daily News. She denied the charges to the staff, but he was still allowed to leave the hospital with the girl. "They let him leave with her because he had all the paperwork stating he had visitation," Coleman said.

On Sunday, Pereira repeatedly kept trying to call Coleman, according to the New York Post. When she did not return his calls, Pereira allegedly called Coleman's cousins in California and made threatening comments about Zoey.

Coleman then called her ex.

Coleman responded by calling police, but it was too late. The flaming car was discovered at 8:52 p.m. Sunday, according to Newsday.