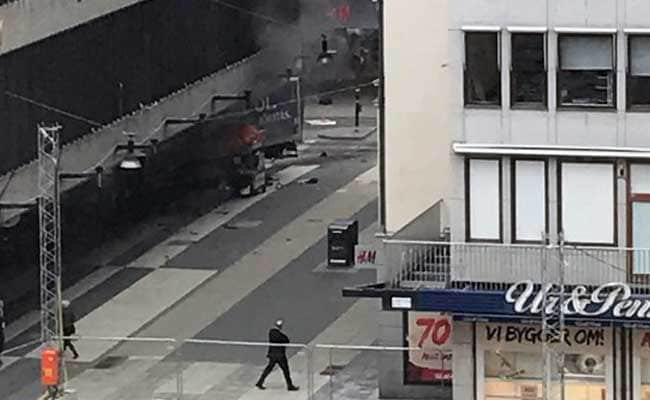 Large public buildings, metro stations were evacuated and closed down after the attack. (File Photo)

Stockholm: Swedish police said Saturday that a man arrested on 'suspicion of terrorist crime' was likely to be the driver of a truck that ploughed into a crowd of people in central Stockholm a day earlier.

"We suspect that the man who was arrested is the perpetrator," Stockholm police spokesman Lars Bystrom told AFP.

The attack on Friday killed four people and injured nineteen, nine of them seriously.

Police had earlier said they had detained a man who "matched the description" of a photo released of a suspect wearing a dark hoodie and military green jacket.

Bystrom said the arrested man "could be the same person in the picture".

According to the newspaper Aftonbladet, the individual is a 39-year-old man of Uzbek origin and a supporter of the ISIS terror group.

If confirmed as a terror attack, it would be Sweden's first such deadly assault.

The attack occurred just before 3:00 pm (1300 GMT) when a stolen beer truck slammed into the corner of the bustling Ahlens store and the popular pedestrian street Drottninggatan.

Promoted
Listen to the latest songs, only on JioSaavn.com
Friday's attack was the latest in a string of similar assaults with vehicles in Europe, including in London, Berlin and the southern French city of Nice.