"Sun Child", a 20-foot figure sporting a yellow protective suit symbolising no nuclear contamination - was installed this month in Fukushima 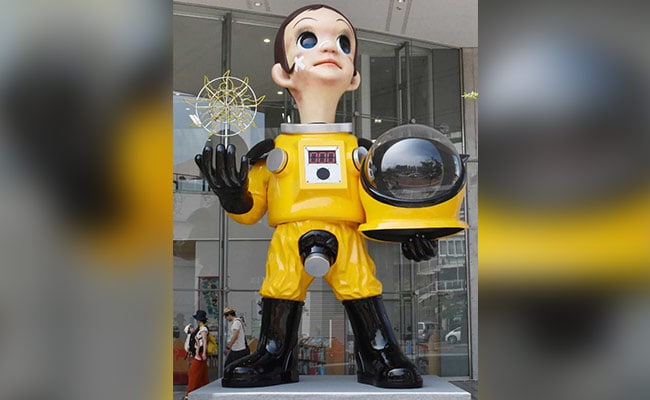 A giant statue of a child wearing a radiation suit in the Japanese city of Fukushima has touched off a storm of criticism online as the nuclear-hit area seeks to rebuild its reputation.

"Sun Child", a 6.2-metre (20-foot) figure sporting a yellow protective suit with a digital display on its chest showing "000" - symbolising no nuclear contamination - was installed this month near the city's train station.

The figure holds a helmet in one hand, showing the air is safe to breathe, and a symbol of the sun in the other, representing hope and new energy.

Its creator, Japanese artist Kenji Yanobe, intended the statue to be a symbol of hope but critics said it was insensitive to the plight of Fukushima as it continues to struggle with radioactive contamination from the 2011 meltdown.

"I saw Kenji Yanobe's 'Sun Child'. It was truly creepy. I think it derides us and all the work Fukushima has done to erase reputational harm," said one Twitter user.

Another online critic wrote: "I understand it was intended to express hope as the helmet is removed but considering that Fukushima's awful reputation continues, I believe the installation should have been cancelled."

Others pointed out the work may lead viewers to believe that residents had to protect themselves until such point as the radiation level becomes zero - which cannot actually happen as radiation occurs naturally on Earth.

Radiation levels are back to normal in most parts of the region but people are still forbidden to live in certain areas, especially within a few kilometres of the affected plant. 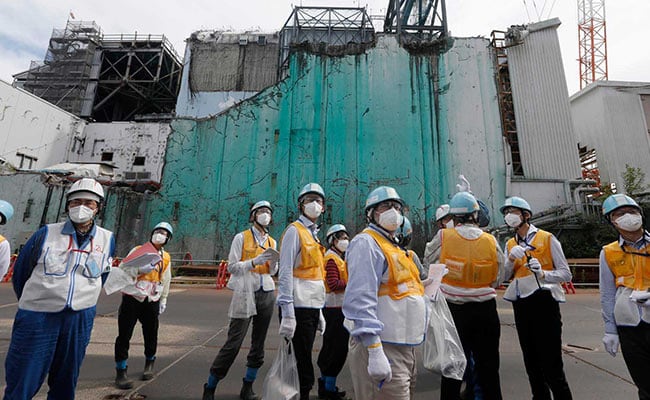 Yanobe published a three-page dossier to apologise for triggering the uproar but stressed his work was meant to show hope, not ridicule Fukushima.

"It was my intention to show bright hopes for the future" by depicting the child as looking to the skies, he wrote.

City mayor Hiroshi Kohata said in a separate statement that he accepted the criticism and would consider what action to take but stood by the work's value.

"I sense the strength to face adversity and the hope in the statue, which is looking to the skies," the mayor wrote.

Despite the online uproar, city officials said they had received only a handful of phone calls and emails about the statue.

And the mayor noted the statue has been well received by art patrons in Fukushima, where it has previously been shown at a local airport while also travelling in Japan and abroad.

Some online commentators backed the work, saying it was unreasonable to demand scientific accuracy in art.

The city is the local capital of Fukushima prefecture, whose Fukushima Daiichi nuclear plant melted down in the 2011 tsunami, becoming the world's worst nuclear disaster since Chernobyl.

The meltdown affected a vast agricultural region, forcing many local residents to give up their ancestral properties - possibly never to return due to severe radioactive contamination.

The area is battling to restore its reputation and local farm produce undergoes radiation checks to ensure safety before being shipped to stores.

Nevertheless, many consumers shy away from buying for fear of contamination.