May 4 Is Star Wars Day, Here's Why Fans Chose This Day

Such is the popularity of Star Wars, that fans in the US, Canada, UK, and several other nations gather on May 4 to celebrate Star Wars Day. 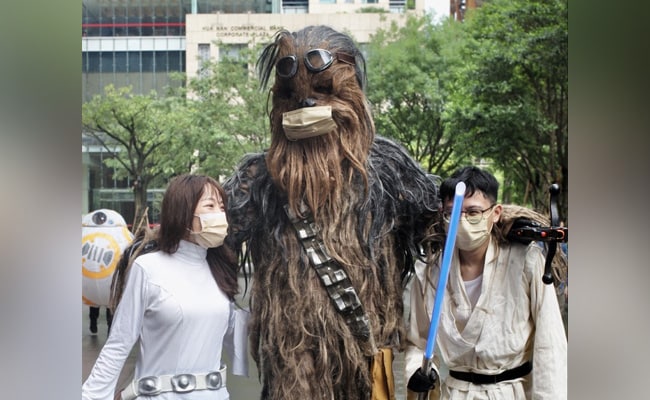 On May 4, Fans across the US celebrate the Star Wars Day.

The first Star Wars movie, directed by George Lucas, hit the screens in 1977. The movie was a huge hit. Since then, the franchise has never looked back. The Star Wars universe now comprises over 10 movies, several spin-offs, tv series, games, and a lot more.

Such is the popularity of Star Wars, that fans in the US, Canada, UK, and several other nations gather on May 4 to celebrate Star Wars Day.

The inspiration behind choosing May 4 as the Star Wars Day is the popular line from the series, "May the force be with you". The line is often used by Jedi masters in the movie.

It was observed unofficially for decades until 2019, when California lawmakers voted to declare May 4 as Star Wars Day in honour of the opening of Disneyland's Galaxy's Edge.

Happy #StarWarsDay everyone! Here are some pics from the time I got to be a Stormtrooper in the Force Awakens. A Stormtrooper who apparently loves taking selfies and seems to be an all around good hang.#MayThe4thBeWithYou@starwarspic.twitter.com/kKEUJxlVkk

may the force be with you 💫#StarWarsDay#MayThe4th#fanart#ArtistOnTwitter#MayThe4thBeWithYou#StarWarspic.twitter.com/fd0EPIFhjF

On the momentous occasion of Star Wars Day, Disney released the official trailer of the upcoming series Obi-Wan Kenobi. The story revolves around Jedi knight Obi-Wan Kenobi, who is on the run after the fall of the Galactic Republic.

May is a significant month for the popular franchise: the original Star Wars premiered on May 25, 1977, and its creator, George Lucas, was born on May 14.