Maithripala Sirisena said there were media reports that politicians would clash during a vote. 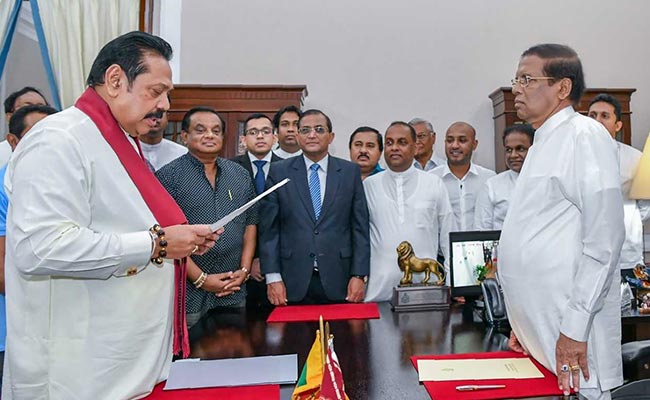 Maithripala Sirisena sacked the Sri Lanka parliament days before it was scheduled to convene. (File)

Sri Lanka's president on Sunday defended his controversial sacking of parliament, saying violent clashes among rival MPs could have led to "civil unrest" across the country if the legislature had met.

Maithripala Sirisena said there were media reports that politicians would clash during a vote to decide between two men claiming the premiership after he controversially sacked Prime Minister Ranil Wickremesinghe last month.

"If I allowed the parliament to meet on November 14, there would have been violence in the House and it could have spread to our villagers and towns," Sirisena said in a televised address to the nation. "I acted to prevent civil unrest."

(Except for the headline, this story has not been edited by NDTV staff and is published from a syndicated feed.)
Comments
Maithripala SirisenaSri LankaSri Lanka Political Crisis