Nine suicide bombers carried out a series of devastating blasts that tore through three churches and three luxury hotels on the Easter Sunday, killing more than 250 people 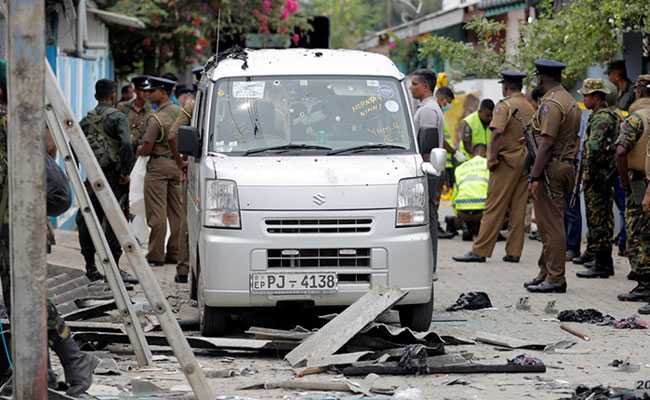 A Sri Lankan parliament official was among six people arrested for their alleged links to the banned terror group, National Thawheed Jammath (NTJ), which carried out the deadly suicide attacks on Easter Sunday, a senior police official said on Monday.

Nine suicide bombers carried out a series of devastating blasts that tore through three churches and three luxury hotels on the Easter Sunday, killing more than 250 people. The ISIS claimed the attacks, but the government blamed NTJ for the bombings.

Police Spokesman Ruwan Gunasekara told the media that initially three suspects had been apprehended after a NTJ training facility was discovered at a coconut estate upon a tip-off received by the Kurunegala Police.

Mr Gunasekara said the suspects, which included the land owner, were arrested on May 9 and have been remanded until May 24 after being produced before a court.

Details pertaining to two more individuals including that of a Kurunegala hospital staffer had emerged following questioning of the three suspects.

Mr Gunasekara said several cheques had been discovered in the possession of the hospital staffer. Investigations had also revealed that cash deposits had been made to the suspect's bank account from various places.

Following the questioning of the two suspects, police arrested an individual in the Alawathugoda area last Saturday. This suspect was identified as an employee of the Parliament Hansard Department, Mr Gunasekara said.

The man had been employed at parliament over the last 12 years. He has been found to be a main preacher of the NTJ and had conducted NTJ preaching all over the island, he said.

The northwestern Kurunegala police arrested him and a detention order for 90 days was obtained for his questioning, he added.

The 42-year-old suspect is a father of two children and a resident of Alawatugoda in the central district of Kandy.

Sri Lanka banned the NTJ after the deadly attacks and arrested over 100 people in connection with the Easter blasts, which killed over 250 people including foreigners.

The opposition JVP said on Monday that they would be moving a parliamentary motion of no trust against the government over its failure to prevent the Easter attacks.

"The government failed in its duty to protect the people despite the availability of intelligence on the possibility of the attack," JVP leader Anura Kumara Dissanayake said.