Crammed into buses organised by community leaders and police, hundreds of Pakistani Muslims left fearing for their safety after threats of revenge from locals. 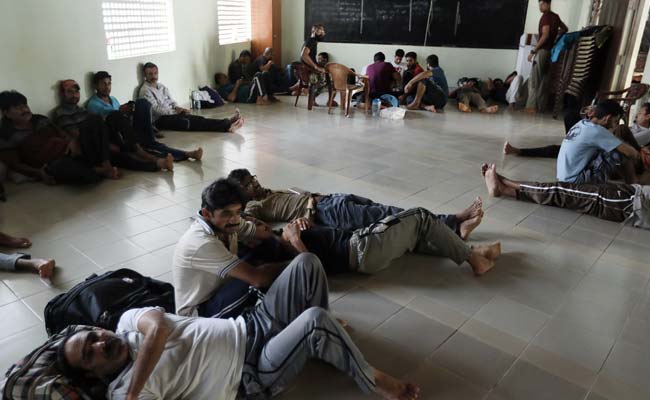 As mourners buried the remains of Christian worshippers killed by the Easter Sunday suicide bomb attacks in Sri Lanka, hundreds of Muslim refugees fled Negombo on the country's west coast where communal tensions have flared in recent days.

At least 359 people died in the coordinated series of blasts targeting churches and hotels. Church leaders believe the final toll from the attack on St Sebastian's Church in Negombo could be close to 200, almost certainly making Negombo the deadliest of the six near-simultaneous attacks.

On Wednesday, hundreds of Pakistani Muslims fled the multi-ethnic port an hour north of the capital, Colombo. Crammed into buses organised by community leaders and police, they left fearing for their safety after threats of revenge from locals.

"Because of the bomb blasts and explosions that have taken place here, the local Sri Lankan people have attacked our houses," Adnan Ali, a Pakistani Muslim, told Reuters as he prepared to board a bus. "Right now we don't know where we will go."

ISIS has claimed responsibility for the attacks, yet despite the group being a Sunni group, many of the Muslims fleeing Negombo belong to the Ahmadi community, who had been hounded out of Pakistan years ago after their sect was declared non-Muslim.

The fallout from Sunday's attacks appears set to render them homeless once more.

Farah Jameel, a Pakistani Ahmadi, said she had been thrown out of her house by her landlord.

"She said 'get out of here and go wherever you want to go, but don't live here'," she told Reuters, gathered with many others at the Ahmadiyya Mosque, waiting for buses to take them to a safe location.

"I Have Nothing Now"

Sri Lanka's government is in disarray over the failure to prevent the attacks, despite repeated warnings from intelligence sources.

Police have detained an unspecified number of people in western Sri Lanka, the scene of anti-Muslim riots in 2014, in the wake of the attacks, and raids were carried out in neighbourhoods around St Sebastian's Church.

Police played down the threats to the refugees, but said they have been inundated with calls from locals casting suspicion on Pakistanis in Negombo.

"We have to search houses if people suspect," said Herath BSS Sisila Kumara, the officer in charge at Katara police station, where 35 of the Pakistanis that gathered at the mosque were taken into police custody for their own protection, before being sent to an undisclosed location.

"All the Pakistanis have been sent to safe houses," he said. "Only they will decide when they come back." 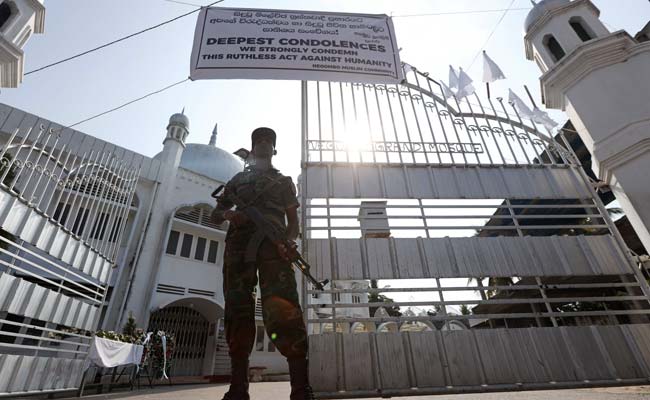 Two kilometres away, makeshift wooden crosses marked the new graves at the sandy cemetery of St Sebastian's Church, as the latest funerals on Wednesday took the number buried there to 40.

Channa Repunjaya, 49, was at home when he heard about the blast at St Sebastian's. His wife, Chandralata Dassanaike and nine-year-old daughter Meeranhi both died.

"I felt like committing suicide when I heard that they had died," he told Reuters by the open graves. "I have nothing now."

Meeranhi's grandmother, with her head still bandaged after being wounded in the attack, was held by a relative as the first handfuls of earth were scattered upon her child-sized coffin.

Most of Sri Lanka's 22 million people are Buddhist, but the Indian Ocean island's population includes Muslim, Hindu and Christian minorities. Until now, Christians had largely managed to avoid the worst of the island's conflict and communal tensions.

There were signs of some religious communities pulling together following Sunday's outrage.

Saffron- and scarlet-robed Buddhist monks from a nearby monastery handed out bottled water to mourners who gathered under a baking afternoon sun.

But the town, which has a long history of sheltering refugees - including those made homeless by a devastating tsunami in 2004 - may struggle to recover from Sunday's violence, said Father Jude Thomas, one of dozens of Catholic priests who attended Wednesday's burials.

"Muslims and Catholics lived side by side," he said. "It was always a peaceful area, but now things have come to the surface we cannot control."