The country has seen days of sporadic protests and strikes in various cities driven by concerns over water shortages, the economy and wider anger at the political system. 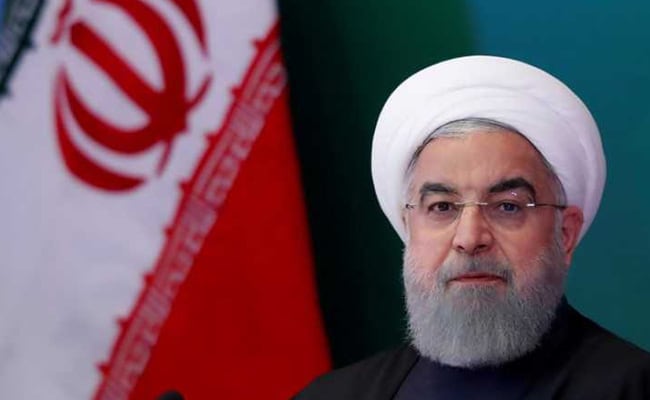 Iran's currency has lost more than half its value since April over US sanctions. (Reuters)

Iranians were bracing on Monday for the return of US sanctions against the backdrop of angry protests and a corruption crackdown that are roiling the embattled government of President Hassan Rouhani.

The country has seen days of sporadic protests and strikes in multiple towns and cities driven by concerns over water shortages, the economy and wider anger at the political system.

Journalists reported a heavy build-up of riot police on Sunday night, including at least one armoured personnel carrier, in the town of Karaj, just west of Tehran, that has been a focal point of unrest.

Internet was cut off in the area -- part of a concerted efforts to block reporting on the unrest which include severe restrictions for foreign journalists.

The United States is set to reimpose sanctions on Tuesday following President Donald Trump's decision to withdraw from the 2015 nuclear deal in May.

US Secretary of State Mike Pompeo vowed Sunday that the US would "enforce the sanctions" and that pressure on Tehran was meant to "push back against Iranian malign activity".

The tensions have already fuelled a run on Iran's currency, which has lost more than half its value since April, and exacerbated widespread concerns over high unemployment, inflation and the lack of reform.

Rouhani is due to give a televised address to the nation at 21:40 pm (1715 GMT) on Monday to outline plans for tackling the currency decline and impact of sanctions.

With senior religious authorities calling for a crackdown on graft, the judiciary said Sunday it had arrested the vice-governor of the central bank in charge of foreign exchange, Ahmad Araghchi, along with a government clerk and four currency brokers.

Sanctions are due to return in two phases on August 7 and November 5 -- with the first targeting Iran's access to US banknotes and key industries including cars and carpets.

The second phase -- blocking Iran's oil sales -- is due to cause more damage, although several countries including China, India and Turkey have indicated they are not willing to entirely cut their Iranian energy purchases.

"This is just about Iranians' dissatisfaction with their own government, and the President is pretty clear, we want the Iranian people to have a strong voice in who their leadership will be," Pompeo said.

After months of fierce rhetoric, Trump surprised observers last week when he offered to meet with Rouhani without preconditions.

That came only a few days after a bellicose exchange between the two presidents, with Rouhani warning of the "mother of all wars" and Trump responding with a Twitter tirade against Iran's "DEMENTED WORDS OF VIOLENCE".

Key Trump administration figures, including national security advisor John Bolton, have called for regime change in the past, although the official line is that Washington only wants a change in its "behaviour".

"For Bolton and others, pressure is an end in and of itself," Suzanne Maloney, deputy director of the foreign policy program at the Brookings Institution, told AFP.

There have been ongoing rumours that Trump and Rouhani could meet in New York later this month, where they are both attending the UN General Assembly -- though Rouhani reportedly rejected US overtures for a meeting at last year's event.

Over the weekend Trump once again floated the idea of meeting, tweeting "I will meet, or not meet, it doesn't matter -- it is up to them!"

"Iran, and its economy, is going very bad, and fast!" he added.

Iran hawks believe the pressure is already showing results, pointing to a surprising lack of harassment by Iranian naval forces against American warships in the Gulf this year.

If Iran senses "American steel they back down, if they perceive American mush they push forward -- and right now they perceive steel," said Mark Dubowitz, chief executive of Foundation for Defense of Democracies, a Washington think tank that lobbied against the nuclear deal.

Dubowitz, who noted that Iran has tested fewer missiles of late, said Trump's rhetoric and position on Tehran actually lowers the risk of escalation toward conflict.

"He's assuming that if he talks tough, that will bolster the credibility of American military power," Dubowitz told AFP.

Trump has stated he wants a new deal with Iran that goes beyond curbing its nuclear programme, and ends what America calls its "malign influence" in the region, including its support to Syrian President Bashar al-Assad and threats to shut down the strategic Strait of Hormuz, a vital shipping lane for international oil supplies.