International sanctions were lifted under the pact between world powers and Tehran in return for curbs on Iran's nuclear programme. 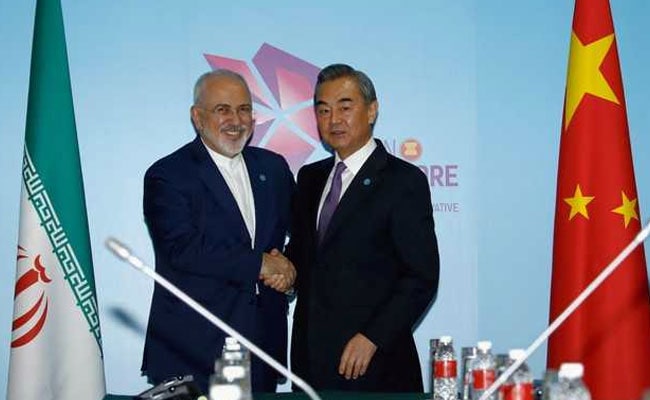 Iran's foreign minister said on Friday China was "pivotal" to salvaging a multilateral nuclear agreement for the Middle Eastern country after the United States pulled out of the pact earlier this year.

U.S. President Donald Trump pulled out of the 2015 deal in May. International sanctions were lifted under the pact between world powers and Tehran in return for curbs on Iran's nuclear programme.

Trump has ordered U.S. sanctions on Tehran, while a senior State Department official said Washington has told allies to cut imports of Iranian oil by November. Iran and other signatories, including China, have been trying to salvage the deal.

"The role of China in the implementation of JCPOA, in achieving JCPOA, and now in sustaining JCPOA, will be pivotal," Mohammad Javad Zarif said, referring to the technical name for the nuclear deal.

(Except for the headline, this story has not been edited by NDTV staff and is published from a syndicated feed.)
Comments
Iran's Nuclear DealDonald TrumpUS Sanctions on Tehran