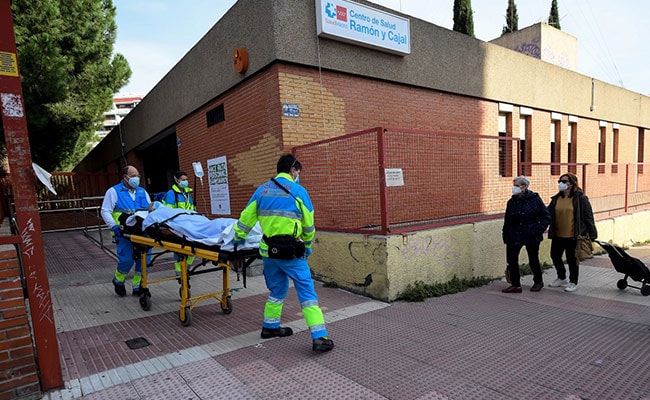 Spain has the fourth highest death count in western Europe after Italy. (File)

The number of deaths in Spain caused by the new coronavirus topped 50,000 on Friday, according to an official health ministry count.

Spain has the fourth highest death count in western Europe after Italy, which has nearly 72,000, Britain, with nearly 71,000, and France, which is approaching 63,000.

Since lifting one of Europe's strictest lockdowns at the end of June, Spain has struggled to keep a lid on new infections.

Seeking to rein in a second wave of coronavirus cases, Prime Minister Pedro Sanchez declared a national state of emergency in October that will last until May.

The measure allows Spain's powerful regional governments to impose nighttime curfews, limit the size of gatherings and restrict movement in and out of their territories.

Health officials have also been targeting nightlife and partying as some of the main sources for the latest resurgence of infections.

As in other European nations, Spanish authorities have urged people to exercise caution over the Christmas and New Year holidays to avoid spreading the virus.

Gatherings were limited to 10 per household for celebrations on Christmas Eve and Christmas, and the same restriction will be in effect on New Year's Eve and on New Year's Day.

This is the second state of emergency declared this year in Spain after one in March to contain the first wave of the coronavirus which lasted until June.

Like most EU member states, Spain began its coronavirus immunisation campaign on Sunday.

The government expects to have between 15 million and 20 million of its 47 million people vaccinated against the virus by June.