The rocket blasted off without incident at 2:49 am (0749 GMT) from the Kennedy Space Center at Cape Canaveral, lighting up Florida's coastline. 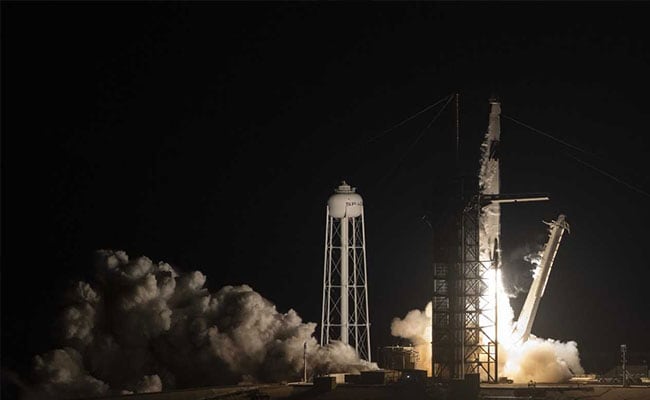 SpaceX's new Crew Dragon astronaut capsule was on its way to the International Space Station Saturday after it successfully launched from Florida on board a Falcon 9 rocket.

With only a dummy named Ripley on board, the launch was a dress rehearsal for the first manned test flight -- scheduled for later this year with two NASA astronauts.

The rocket blasted off without incident at 2:49 am (0749 GMT) from the Kennedy Space Center at Cape Canaveral, lighting up Florida's coastline.

That triggered cheers at the firm's headquarters and at the Kennedy Space Center.

The capsule is scheduled to reach the ISS by Sunday at around 1100 GMT, with a return to Earth next Friday.

It will splash down in the Atlantic Ocean, from where it will be brought back to Cape Canaveral.

In another success, the rocket's first stage returned to Earth, landing on a platform 500 kilometers off the Florida coast in the Atlantic. It marks the 35th such recovery by SpaceX.

After its shuttle program was shuttered in July 2011 after a 30-year run, NASA's manned flights came to an end.

Since then, it has been buying seats in Russian Soyuz rockets -- the only ones capable of transporting humans there.

Keeping its options open, the US space agency in 2014 awarded contracts to both SpaceX and Boeing for them to take over this task.

Boeing's Starliner capsule will be tested in April, at the earliest.

(Except for the headline, this story has not been edited by NDTV staff and is published from a syndicated feed.)
Comments
SpaceXNASAUnited States