Southwest Jet Bellies To A Stop After Skidding Off Rainy Runway

The jet plowed through a fence before skidding to a stop in the middle of a street, 39 feet from a gas station. 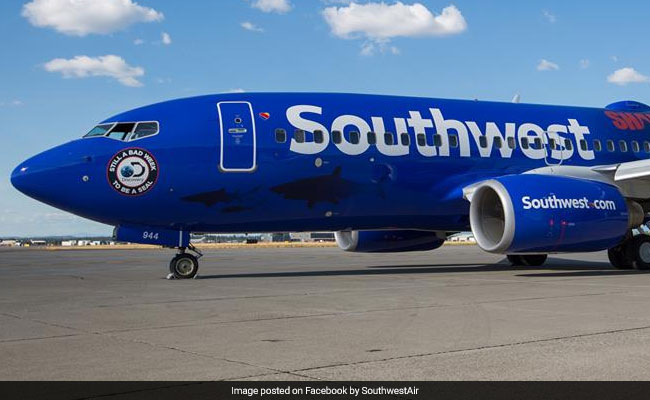 No one was injured in the incident that occurred about 9:05 a.m. local time. (Representational image)

A Southwest Airlines Co. jet rolled off the end of a California runway as it landed in the rain, skidding to a stop on a crushable concrete surface designed to hinder out-of-control aircraft.

No one was injured in the incident that occurred about 9:05 a.m. local time. Flight 278, carrying 112 passengers and five crew, had just landed in Burbank on a flight from Oakland, said Brandy King, a spokeswoman for the Dallas-based carrier.

The Federal Aviation Administration said the Boeing 737-700 rolled into the area known as the Engineered Material Arresting System, though Southwest wasn't able to confirm that. The information "is preliminary and may change," the agency said.

The incident occurred on the same Burbank runway where 43 people were injured in March 2000 after a Southwest 737-300 overshot a runway. The jet plowed through a fence before skidding to a stop in the middle of a street, 39 feet from a gas station. The crushable concrete surface was installed after that accident.

The foam beds now reside at dozens of runways at larger airports and have been credited with preventing or lowering the severity of multiple accidents. Instead of continuing to skid beyond a runway, planes roll into the beds and sink into the foam, stopping in a much shorter distance.

The pilots had landed at excessive speed and at too sharp an angle in the 2000 accident, the National Transportation Safety Board found after an investigation. Failure to abort the landing approach and an air-traffic controller's positioning of the plane for landing also contributed, the NTSB determined.