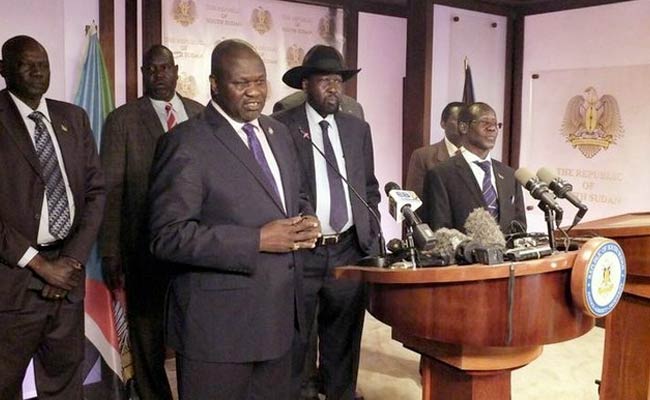 S. Sudan has been in a civil war since President Salva Kiir fired his deputy Riek Machar. (File Photo)

Addis Ababa: Gunmen from South Sudan have killed 28 people and kidnapped 43 children in neighbouring Ethiopia, a government official said on Wednesday, another demonstration of how Sudan's civil war threatens the region.

"Murle bandits carried out the attack. They fled along with 43 children," Chany told Reuters, using a term for a local ethnic group. "The (Ethiopian military) is pursuing them. The assailants haven't crossed over to South Sudan yet."

Oil-rich South Sudan has been mired in a civil war since President Salva Kiir, an ethnic Dinka, fired his deputy Riek Machar, a Nuer, in December 2013. The resulting conflict has split the country along largely ethnic lines and forced more than 3 million people to flee their homes.

More than one million of them have found refuge in neighbouring countries, especially Ethiopia, Uganda, Kenya and Sudan. Regional governments have expressed fears that violence in South Sudan could spill over its borders into their own nations.

This week's raids took place almost a year after similar raids in the province's Jikawo and Lare areas, which border South Sudan's Upper Nile State. Then, over 200 people died and around 160 children were kidnapped.

Promoted
Listen to the latest songs, only on JioSaavn.com
About 100 children have managed to return to Ethiopia, but the rest remain in the kidnappers' hands, Chany said.
© Thomson Reuters 2017