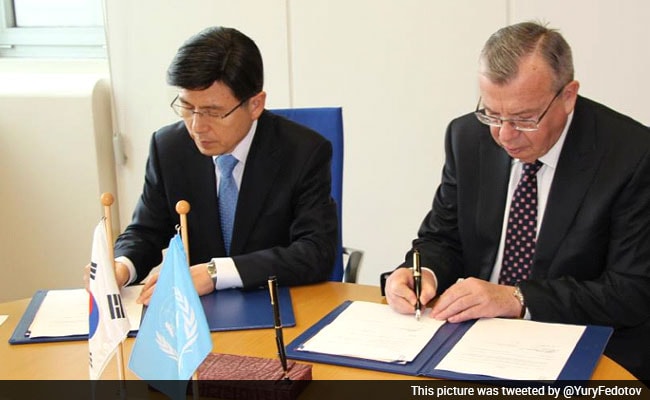 Seoul: South Korea's parliament endorsed the appointment of Hwang Kyo-Ahn as prime minister today, whose immediate priority will be to tackle a MERS outbreak which has claimed 23 lives.

The move came a month after Hwang, a 58-year-old former justice minister, was selected by President Park Geun-Hye to become the prime minister, a post that has become something of a poisoned chalice under her administration.

Initially opposition lawmakers refused to vote but changed their stance overnight following an appeal by Park's ruling Saenuri Party that Hwang should take charge quickly to help spearhead the government's drive to curb the spread of the virus.

The National Assembly endorsed Hwang's appointment in a 156-120 vote.

The post had been vacant since Hwang's predecessor, Lee Wan-Koo, was implicated in a bribery scandal and forced to quit in April after serving only two months.

The main opposition New Politics Alliance for Democracy has opposed Hwang over allegations he dodged mandatory military service with a controversial medical record and was involved in influence peddling.

"There is no change in our position that (Hwang) was an unqualified candidate, but we will keep a close eye on whether he will carry out his duty faithfully as control tower for MERS," it said in a statement.

"It is a great relief that the new prime minister won his chance to perform his duty not too belatedly when time is pressing to end the MERS crisis," Saenuri said in a statement.

Park's government has been widely criticised for mishandling and downplaying the MERS crisis since the first case was reported on May 20.

Middle East Respiratory Syndrome has spread at an unusually rapid pace in South Korea, infecting 165 and killing 23 in less than a month.

With the death toll rising on a near-daily basis and more new patients appearing, criticism has grown over the government's ability to contain the outbreak, now the largest outside Saudi Arabia.

The prime minister is a largely symbolic post in South Korea, where power is concentrated in the presidency.

Under Park, it has proved to be a job that is both difficult to secure and equally tough to hold on to.

The president's first ever nominee withdrew after allegations about his past, and her initial prime minister was Chung Hong-Won, who then resigned after the April 2014 Sewol ferry disaster.

Two successive Park nominees to replace Chung withdrew their candidacies; again because of allegations of past wrongdoing, and the job finally went to Lee.

It is the only cabinet post requiring parliamentary approval, and nominees often face a rough confirmation ride from opposition MPs.