South Korean Man Thought to Have MERS Hospitalised in Slovakia 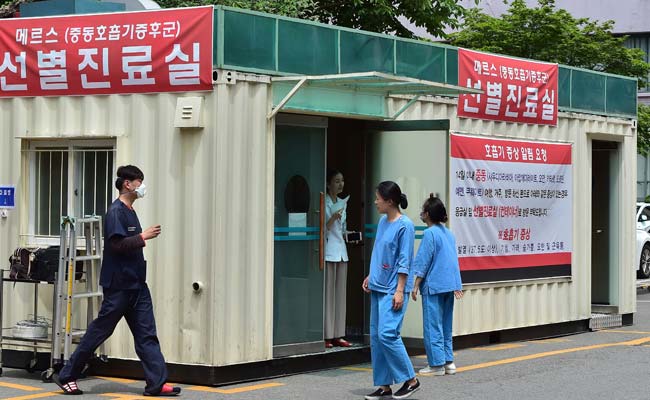 Bratislava: A South Korean man thought to have contracted the potentially deadly MERS virus was hospitalised in the Slovak capital Bratislava on Saturday, a spokeswoman said.

"He is a 38-year-old man from South Korea who is suffering from diarrhoea, fever and lesions on his skin," Petra Stano Matasovska, from Bratislava's university hospital, told AFP.

Local media said the man arrived in Slovakia on June 3 and works for a subcontractor of South Korean carmaker Kia based in the northern town of Zilina.

South Korea has so far reported 14 deaths from Middle East Respiratory Syndrome (MERS), in what has become the largest outbreak of the virus outside Saudi Arabia.

The World Health Organization (WHO) on Saturday warned that South Korea's outbreak of the virus was "large and complex" and more cases should be expected.

In Bratislava, the Slovak health ministry said the South Korean patient was being kept in isolation.

"The patient was transferred to the university hospital by ambulance accompanied by the police," spokesman Peter Bubla said. "He has been placed in a special unit, isolated from other patients."

Results of the blood tests, which will be sent to Prague for analysis, are expected to be known "in the next 24 hours", he added.

The head of the local health services in Zilina, Martin Kapasny, said precautionary measures were being taken at the hotel where the patient had been staying.

A total of 138 people have now been infected with MERS in South Korea since the first case was diagnosed on May 20, in a man who had returned from a trip to Saudi Arabia.

There is no vaccine or cure for MERS which, according to WHO data, has a fatality rate of around 35 percent.